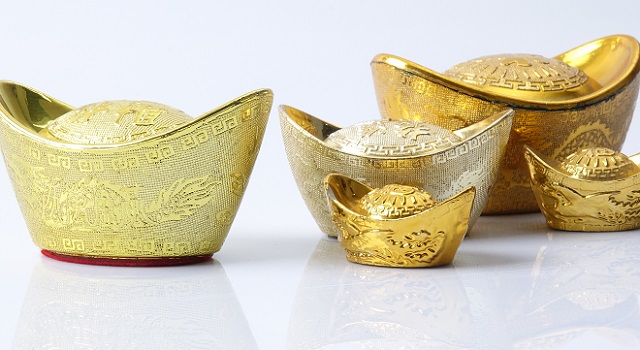 (Kitco News) - While renewed investor demand for gold is attracting market attention as prices trade near a 10-month high, one research firm is also citing strong physical demand for the precious metal in the world’s largest gold-consuming nation.

“Some manufacturers we talked to said they have received healthy stock replenishment orders, since business reopened on 11th February, while others expect retailers to return after the Lantern Festival (19th February),” analysts at the British precious-metals research firm said in their report Tuesday. “This lends more confidence to our forecast that the Chinese jewelry market will enjoy further modest y/y [year-on-year] growth in 2019.”

The analysts were optimistic for strong New Year sales after seeing busy jewelry-store sales in January.

In the wake of the strong demand during the new Lunar New Year, Metals Focus reiterated its forecast for Chinese jewelry demand to rise 3% in 2019, following a 3% rise in 2018.

However, the analysts also warned that the jewelry sector faces some tough challenges ahead.

“Potential headwinds from the U.S.-China trade dispute are a concern, but they may be offset by Chinese authorities’ ramping up of fiscal and monetary policy accommodation,” the analysts said.

Although strong jewelry demand doesn’t have the same impact on prices as investment demand, some commodity analysts note that it provides crucial support for the global market.

The strong start to Chinese gold demand in the new year comes after the World Gold Council reported robust demand in 2018, despite dismal demand in the last three months of the year.

In its 2018 full-year Gold Demand Trends report, the WGC said that Chinese jewelry remand hit a three-year high last year of 672.5 tonnes, an increase of 3% from 2017.

“China was the main engine of growth in 2018,” the WGC said in the report.

Strong global gold demand is helping to gold prices maintain their recent 10-month highs. April gold future last traded at $1,347.10 an ounce, up 0.17% on the day.