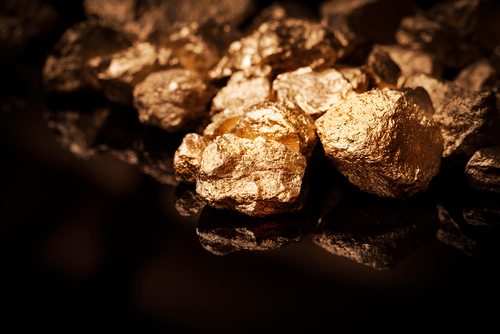 (Kitco News) - The concept of peak gold is something that investors should get used to as one Canadian bank sees gold production falling through 2020 at least.

Looking at the global gold supply, Colin Hamilton and Andrew Kaip, analysts at BMO Capital Markets, said that with most of the 2018 numbers out, it looks like gold production has dropped for the second consecutive year. The analysts added that this trend is not expected to shift for at least the next two years.

“We anticipate that, with existing operations continuing to be a drag on supply volumes, and Chinese output in trend decline, a renewed focus on exploring for and developing large, longer-dated gold projects will be required,” the analysts said in their report.

Although mining companies are increasing their exploration budget, the analyst said that the problem remains the dearth of significant deposits.

“When we look out over the next five years, there are very few large scale new gold projects earmarked to come on-stream,” the analysts said. “The only large-scale gold projects that we see as probable to enter the top 10 producing gold mining operations by 2025 are Donlin Creek project, owned by Barrick and Novagold, and Sukoi Log owned by Polyus Gold.” 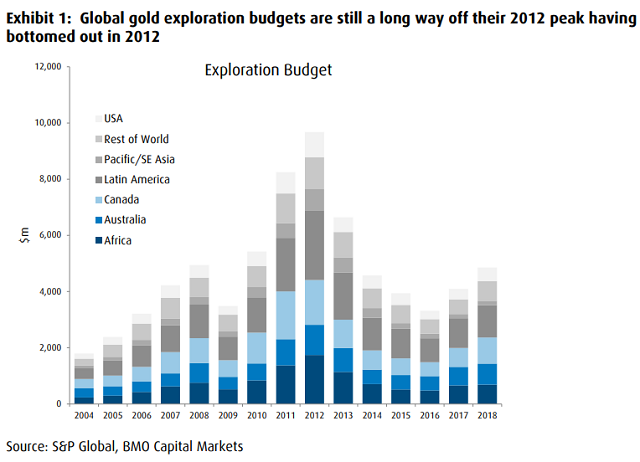 The bank noted that even if major deposits are discovered, they still face development hurdles.

“It is hard to conclude whether new projects shall be commissioned in the next few years regardless of budgets. New projects are also finding it difficult to get approval, two of the larger gold projects being pursued in the last few years were shut down as governments look more and more to environmental factors,” the analysts said. “Barrick’s Pascua-Lama and Newmont’s Conga are examples of projects that have been side-lined in recent years due to challenges in getting environmental permits and social license to operate.”

As to how bad the situation for gold production will get? BMO said that the 10 largest mines that have been operating since 2009 will produce 54% of the gold they used to 10 years ago.

“Having consistently ranked as the world’s largest gold producer for the past decade, the industry dynamics are slowly shifting as the Chinese government pushes ahead with its environmental reform policy, prompting the closure of small mines,” the analysts said.

Although lower output will weigh on mining investor sentiment, the bank sees an opportunity for investment in the raw commodity. The analysts said that growing global instability and rising market volatility will increase demand for physical gold as a safe-haven asset.

“While the supply outlook alone presents an encouraging backdrop, with falling long term mine supply and rising industry costs, the demand outlook over the given time horizon offers further standalone tailwinds to higher gold prices,” the analysts said. “This year we expect further demand growth particularly for bars on geopolitical concerns while further out, a slow and steady increase in jewelry demand underpins a stable demand outlook to 2021.”