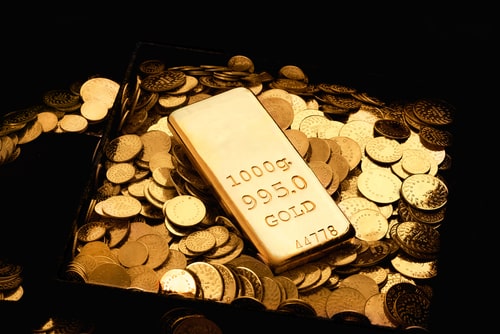 (Kitco News) - There is no reason to fear gold’s drop below its key psychological level of $1,300 an ounce, according to one gold bull, who sees the recent sell-off as “short-lived” while projecting stronger demand for gold in 2019.

The analyst forecasts that increased equity volatility in 2019 will boost demand for gold in investors’ portfolios.

“Last year marked the start of rocky waters for U.S. and global equities, I expect more volatility in the course of 2019. This should eventually induce investors to position themselves more defensively, resulting in stronger haven demand and thus stronger gold ETF inflows,” Mikanikrezai said.

Another plus for gold this year is “the approaching end of the U.S. business cycle,” the analyst pointed out. “This should translate into stronger monetary demand for gold,” he said.

Other positive signs for gold include increased pace of gold purchases and slowing rate of short-covering, Mikanikrezai added, citing the latest Commitment of Traders report and ETF investors activity.

“The net spec length increased by 127 tonnes, moving from 326 tonnes (22% of open interest) on February 12 to 453 tonnes (29% of open interest) on February 19,” he said. “Looking forward, I expect the speculative gold’s spec positioning to move to an extremely bullish configuration … The significant wave of speculative buying in favour of Comex gold would exert marked upward pressure on Comex gold spot prices.”

In terms of future ETF outflows, Mikanikrezai wrote that there will be little point in increased selling in the future as the U.S.-China trade war is likely to be over.

“Liquidating gold due to a likely end of a US-China trade war does not sound like a very prudent move. This is especially true considering the technical nature of the rally in equities since year-start, which was initially triggered by a dovish turn by the Fed and reinforced by policy relaxations from China.”