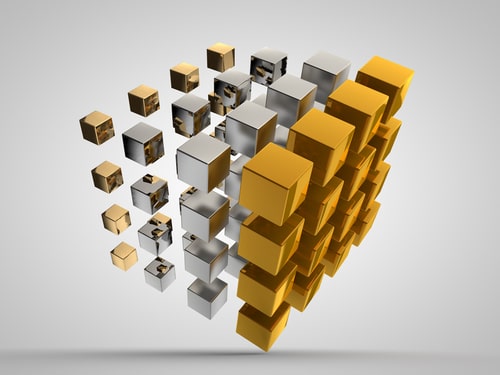 (Kitco News) - The precious metals space will soon be reawakened by palladium’s rally, with gold, silver, and platinum prices heading higher, according to Bloomberg Intelligence (BI).

“The precious metals market is about to resume a rally, in our view, on the back of a surge in the palladium price,” BI’s senior commodity strategist Mike McGlone wrote in his March report. “For the first time in five years, the Bloomberg Precious Metals Spot Subindex is poking above its 72-month average. It may be a better bullish broad-market indication if the recent visit above $1,500 an ounce in palladium marks a peak.”

A pattern in which the precious metals follow palladium’s lead has already been established, McGlone pointed out.

“Platinum, silver and gold embarked on decade-long rallies shortly after a similar parabolic palladium rally and peak in 2001,” he said. “History is likely to repeat, as we see it. The precious metals index is just recovering from the halfway point of that rally, with platinum the most unloved, similar to 1999. The platinum discount to palladium appears to be unsustainable.’

Platinum and silver have the most upside potential, with the former looking ready to test the resistance level of $1,500 an ounce, BI pointed out.

“That level is the recent record high in palladium, but only the halfway mark of the 2008-09 bear market for platinum. At the bottom of that range now, with the palladium-to-platinum ratio extending the 2001 peak, we think platinum is ready to take the bull market baton,” noted McGlone.

Silver has room to rise above $16 an ounce and test the resistance level around the $18 level, the strategist added.

“Silver hasn't sustained above this mean in almost two years. What's different now is a potential peak dollar and mean reversion from the extreme at last year's lows,” McGlone explained. 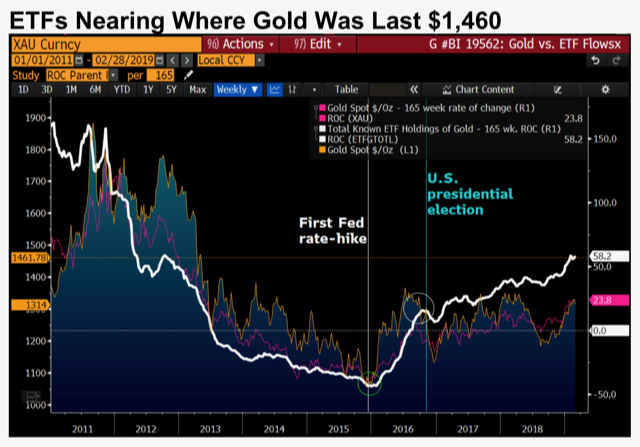 Gold is also looking interesting with “peaking” U.S. dollar and strong gold ETF inflows defining the space at the moment.

“Gold ETF investors appear unstoppable, collecting ounces last equal to about $1,460,” the strategist wrote. “Up almost 60% since the Federal Reserve's first rate hike this cycle, the percentage increase in total known gold ETF holdings is more than double that of the spot price. Such a disparity last occurred about a decade ago, shortly after the inception of gold ETFs (2004) and coincident with the financial crisis.”