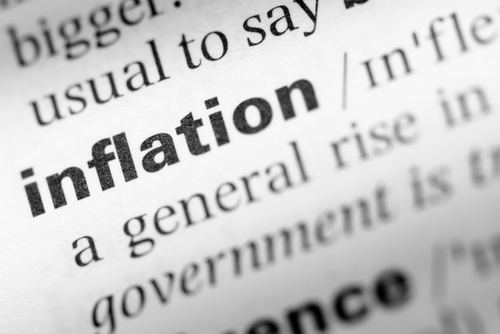 (Kitco News) - Historically low interest rates around the world are causing investors to misprice inflation expectations and any price shock within the global economy could be the catalyst that drives gold prices back to the top of its longer-term range above $1,350 an ounce, according to one commodity analyst.

In a recent telephone interview with Kitco News, Maxwell Gold, director of investment strategy at Aberdeen Standard Investments said investors should pay more attention to inflation, which many economists have described as a non-issue.

“The Fed currently sees inflation as a non-risk and appears comfortable in seeking further pro-inflation policies if needed. The issue, however, remains that the market’s expectation of inflation has been disrupted by the low interest rate environment of the preceding decade,” Gold wrote in a recent commentary. “This inability for the market to properly price inflation may become hazardous with the true risk of inflation underpriced. In the event that inflation begins to pick up, the Fed may find itself behind the curve given its current stance.”

Although the latest inflation data has showed muted price pressures, Gold noted that a lot of the data is backward looking and skewed by lower energy prices. He added that he wouldn’t take much before inflation pushes above the Federal Reserve’s 2% target.

Gold said that it’s all about real interest rates. Precious metals, in particular, gold and silver, look attractive in an environment of low nominal interest rates and rising inflation, he said. According to the U.S. Treasury Department, real rates have dropped more 35 basis points since the start of the year, and have fallen 54 basis points since the highs seen in late November.

“We expect that real interest rates will continue to weaken and that will be good for gold,” Gold said. “Even if inflation, doesn’t shoot up and just moderately grinds higher, as wages grow and the U.S. dollar weakens, you are going to see lower real rates.”

Gold’s comments come as the yellow metal struggles to find momentum as it was unable to hold recent gains above $1,300 an ounce. April gold futures last traded at $1,296.10 an ounce, down 1% on the day.

Along with rising inflation pressures, Gold said that precious metals are also attractive in an environment of increasing debt. Earlier this week the S&P Global Rating noted that global debt has surged by nearly 50% since the 2008 financial crisis, with the U.S., in absolute terms,  the most indebted nation.

“The relative attraction of gold remains strong as a portfolio diversifier and safe-haven store of value,” Gold said.