Strong Risk Appetite Is Keeping A Lid On Gold... For Now - TD Securities 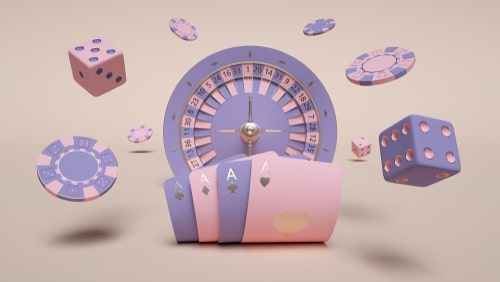 (Kitco News) - Gold bulls need to stay patient for a little while longer before seeing gold prices rally to $1,375 levels projected for the year-end, according to TD Securities.

It is too early for a gold breakout, wrote head of commodity strategy at TD Securities Bart Melek, citing a strong risk appetite.

“Equity market strength and a robust risk appetite reduced the demand for safe-haven assets such as gold,” Melek said on Monday. “Given the strong likelihood that the US dollar should remain firm, as the American economy continues to be the best performer relative its peers, gold will face strong headwinds from the broader currency markets.”

Melek was not surprised by gold’s recent drop below $1,300 an ounce and its failure to recover back to its recently seen 10-month highs.

“While the yellow metal recovered from its downward move to $1,280/oz, the jump above $1,310/oz proved to be temporary as we expected. This fits well with the fact that the spec positioning did not move in one single direction last week — money managers grew shorts quite substantially even as long exposure increased aggressively,” Melek noted.

The U.S. Federal Reserve’s rate announcement on Wednesday is the key event to watch this week, added Melek.

The strategist highlighted that the already dovish Fed is unlikely to add any risk-off sentiment even if it lowers its rate hike projections to just one this year and none next year.

“While the U.S. Federal reserve is likely to be dovish relative to previous FOMC meetings, with dots and growth estimates migrating lower, it is unlikely to commit to ending its hiking cycle just yet. Indeed, the U.S. central bank may very well be perceived to be more hawkish relative to current spec positioning, which would suggest some downside from here,” Melek pointed out.

This could create a headwind for gold, forcing the yellow metal to once again fall below $1,300 this week, Melek added.

“In order for prices to move to our $1,364/oz target late in the year, risk appetite will need to moderate, the USD to weaken and Fed policy ambiguity to disappear with the market convincingly calling that the next rate move is a cut. We are not there just yet,” he said.

“A sliding USD, prospects of a firmer RMB amid pending improvements in Chinese growth prospects and a belief that the U.S. Federal Reserve will continue to sound a dovish tone prompted investors to send gold and its industrial peers platinum and palladium higher. But strong risk appetite will likely prevent a surge higher,” Melek stated.