Bear Market In Gold Is Over, But Watch Out For Short-Term Downside Risks - ICBC 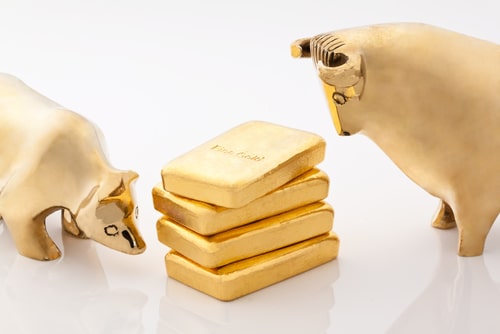 “In the short-term we … see risk of further downside for gold, likely to technical support around $1,275, but do not believe that gold will re-enter the bear market conditions of H2 2018,” ICBC Standard Bank senior manager Marcus Garvey wrote in a note published on Tuesday.

The biggest drag on gold prices in the near term will be a rebound in risk sentiment, which Garvey blames on Federal Reserve’s policy pause.

“The strong rebound in risk assets in Q1 has diminished the immediate appeal of gold’s defensive characteristics and the potential for a repricing of Fed hike probability – we think it is currently too low – opens up the possibility of additional downside,” Garvey said.

“It may be that secular changes to inflation dynamics or geopolitical disruptions – such as U.S.-China trade tensions – mean that this cycle has already peaked but we believe that the possibility of further hikes is currently under-priced. And this could present a further headwind to gold in coming months,” Garvey noted.

The Fed made a surprisingly dovish announcement on Wednesday, stating that aside from keeping rates unchanged this time around, it is also not planning on raising rates at all this year, which is a significant shift from precious expectations of at least two more rate hikes.

The Fed cited slower global growth as well as risks, such as Brexit and the U.S.-China trade war.

The good news for the gold investors is that the long-term perspective is looking better and better, added ICBC.

“The structural appeal of holding gold is increasing. Specifically because the global decline in equilibrium short-term real interest rates appears to be secular in nature, reducing the opportunity cost of holding gold as a non-yielding asset,” Garvey wrote.

Gold’s role as a hedge against risk will be playing a more significant role later in the year, according to the note.

“Q4 underlined the value of gold as a defensive portfolio holding. When developed market equities finally came under pressure, gold performed exactly as many investors would have hoped, not only rallying but also maintaining relatively low realized volatility,” Garvey said. “This Q4 performance … suggests that that long-term investors are likely to view dips as an opportunity to increase their holdings at more attractive levels, supporting the idea that gold’s downside is relatively limited.”

At the time of writing, gold prices were comfortably above the key psychological level $1,300 an ounce following the dovish Fed rate announcement, with April Comex gold futures last trading at $1,314.60, up 0.99% on the day.