Investors Will Flood Into Gold When Prices Break $1,360 - Incrementum AG 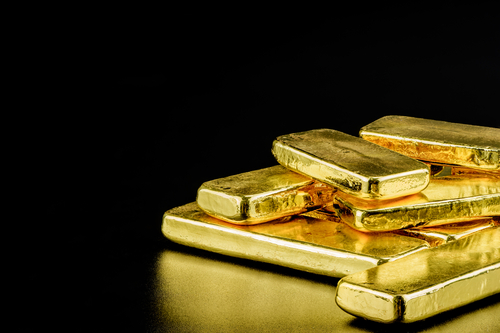 (Kitco News) - Gold prices are trading at a four-week high, but one investment fund manager said that more work needs to be done before investors embrace the true value of the yellow metal.

In a recent interview with Kitco News, Ronald-Peter Stoeferle, fund manager at Incrementum AG and author of the annual In Gold We Trust report said that the level he is currently watching is $1,360. He added that if prices can convincingly break above this long-term resistance level, then a flood of investment capital will flood back into the marketplace. April gold futures last traded at $1,322.80 an ounce, up 0.80% on the day.

“There are a lot of institutional players sitting on the sidelines; they are looking at gold, but they are waiting for the right time to buy," he said.

He added that although the $1,360 area has proven to be a significant barrier in the last few years, he said he thinks it is only a matter of time before it breaks as demand for safe-haven alternatives continues to build.

Stoeferle, comments came on the same day the yield curve inverted with the yield on three-month Treasury bills rising above 10-year bonds for the first time since 2007. Many economists have noted that an inverted yield curve has been a consistent predictor of a recession.

“The bond market is pricing in a lot of weakness and this is something that investors can’t ignore,” Stoeferle said.

The threat of a recession picked up after the Federal Reserve surprised markets last week taking a more dovish than expected stance on monetary policy, said Stoeferle. In its updated economic projections, the central bank committee lowered its growth forecast and individual interest rate expectations. The Federal Reserve now does not expect to raise interest rates at all this year, down from two rate hikes forecasted in December.

“The drastic moves by the Fed indicates that they see something bad hiding in financial markets and investors can’t ignore that,” he said. “It’s only a matter of time before the Fed signals that it will lower rates and that is when gold will take off.”

Not only does the world have to deal with slowing growth, but Stoeferle said growing debt could spark the next financial crisis, pushing the global economy into a recession.

“Right now everything is lining up for gold, but investors just need to be a little more patient,” he said. “With this global slowdown, a recession will be discounted more and more; the bond market is already telling us this.”

Looking ahead, Stoeferle said that in this environment, if gold breaks its long-term resistance levels prices could quickly end the year at $1,500 an ounce.