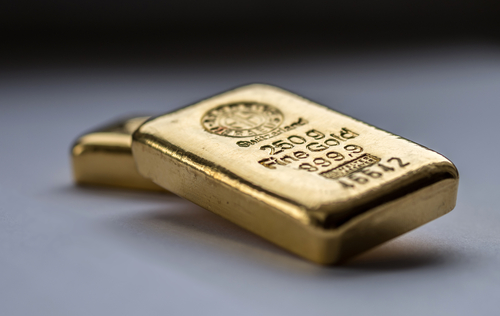 John Reade, WGC chief market strategist, said that investors should look past gold’s short-term volatility and focus on its long-term potential. He explained that a recent report from the council shows that Fed’s abrupt shift in monetary policy should push gold prices higher within the next 12 months.

“I think the point is that investors should look beyond the next 30 days and the next $30,” he said. “Long term, a neutral stance from the Fed has been positive for gold and I don’t see any reason that would be different this time.”

Reade added that one reason the latest Fed decision is good for gold is just the magnitude of the shift in monetary policy. Last week, the U.S. central bank said that it does not expect to raise interest rates at all this year, down from an expected two rate hikes forecasted back in December. At the same time, the Federal Reserve downgraded its growth forecast for 2019 and said that it is looking to end its balance sheet reduction plan by September.

Reade said that although external factors, growing economic weakness in Europe, and volatility in emerging markets is supporting the U.S. dollar, it is difficult to see it going much higher following the Federal Reserve’s moves last week.

He added that a slowdown in the U.S. economy should ultimately weigh on the U.S. dollar and equity markets, prompting investors to look for safe-haven alternative assets like gold.

“If you think about how far equity markets have come over the last 10 years, the length of this recovery, it makes me think that gold is an absolute and relatively good asset to be looking at right now,” he said. “It’s been a good 10 years and nobody should be surprised that analysts and economists are looking for an end to this recovery.

“If you are concerned growth is slowing and are looking at the price of equities maybe you should be looking at an allocation to gold because it does do well in a downturn,” he added.