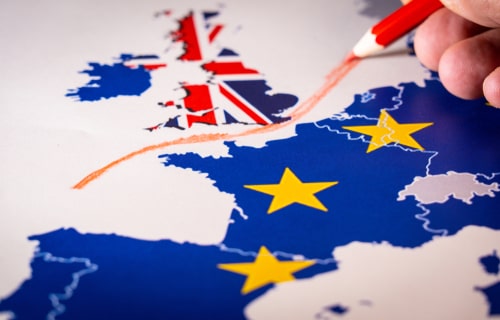 (Kitco News) - Hard Brexit or not, the British pound is the key to a potential gold rally in any scenario, according to analysts.

Outlandish scenarios aside, only an extreme Brexit resolution could trigger a significant move in gold prices, analysts told Kitco News on Monday, noting that majority of the scenarios have already been priced in by the markets.

The only thing left could be unexpected U-turn in the British pound, said Capital Economics senior commodities economist Ross Strachan.

“The most likely way there will be an impact at all on the gold market is through a major shift in the exchange rate, which could cause U.K. demand for gold to significantly shift because of the massive change in the sterling gold price,” Strachan said. “With the way things are going, things could take a significant turn for the worst and the pound could markedly weaken in extremely uncertain times.”

That said, Strachan reminded gold investors that Britain is a small market compared to major Asian powerhouses or the U.S.

“While the U.K. is a major hub for trading precious metals, it is not a major source of either demand or mine production. Even large percentage changes in a bit of demand that comes from the U.K. does not make a difference for the supply-demand dynamics for the metal,” he said.

There are still too many unknowns with Brexit to try to predict what will happen, said Strachan, noting that aside from the extreme forex reaction, Brexit is unlikely to have a significant impact on gold.

On the other hand, a significant rally in the pound could also work in favor of gold, highlighted RJO Futures senior market strategist Phillip Streible.

“You need a serious rally in the British pound [to trigger a gold rally]. If the pound goes up, then the U.S. dollar should go down and then gold futures should rally on dollar weakness,” Streible said. “You have to watch the pound. The pound’s volatility has increased quite a bit. The situation is becoming quite delicate over there.”

It could be “sell the rumor, buy the fact” situation with the British pound, noted Streible, explaining that the currency has already been selling off so much due to Brexit worries. “Once the deal is done, it will give the opportunity for the pound to rally and the dollar to sell-off and gold will get a boost,” he said.

“If are going to have a hard Brexit or a negotiated Brexit will make a big difference. As it is, if you have a hard landing, you are going to probably impact gold because there could be some selling to support the pound. Otherwise, a lot of it has been priced in already,” Gero stated.

Gold has taken a breather recently, capped by strong U.S. dollar and growing risk appetite, explained Gero. But, despite a “rocky road” for the short-term, the managing director sees a bright future for gold.

Another thing to keep a close eye on in case of a hard Brexit is the U.K.’s 10-year government bond yield, added U.S. Global Investors CEO Frank Holmes.

“The yield recently fell below 1% for the first time since September 2017, an indication that investors are seeking a safe haven during this time of remarkable geopolitical uncertainty. Also, consider real rates. U.K. inflation rose 1.9 percent annual in February, meaning the 10-year yield is really in negative territory. Historically, negative rates have been very constructive for gold prices,” Holmes pointed out.

U.K. Prime Minister Theresa May’s Brexit deal was rejected for the third time by British lawmakers on Friday, despite May’s offer to resign if the deal was approved.

In the meantime, Britain’s deadline to depart the EU has been delayed to April 12 unless another option is found.

Right now, things are as unclear as ever, with British lawmakers voting on Monday on various options ranging from much closer ties to the EU, such as staying in the EU’s single market, to holding a new referendum.