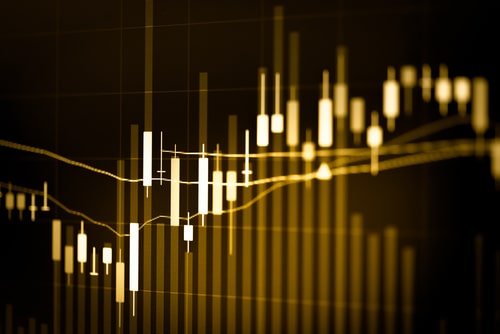 (Kitco News) - Gold is stuck in a rut for now, but next week’s Brexit deadline, FOMC minutes, and ECB meeting are keeping investors alert, according to analysts, who see the yellow metal heading higher.

Gold prices are down 0.25% on a weekly basis, with June Comex gold futures last trading flat on the day at $1,296 following the U.S. Labor Department's employment report that showed non-farm payrolls beating expectations and rising 196,000 in March.

The report weighed on gold prices on Friday, but failed to trigger a change in overall market perception of the dovish Federal Reserve, said Kitco’s senior technical analyst Jim Wyckoff.

“The decent jobs report was enough to rally the U.S. stock market to multi-month highs, but not strong enough to change trader ideas that the Federal Reserve will continue to be patient on any U.S. interest rate increases,” Wyckoff said.

The lackluster performance during the first week of April aside, there are many unknowns waiting for investors next week that could trigger a more significant gold move, analysts told Kitco News.

One of the big risk events is the April 12 Brexit deadline, which the U.K. is currently trying to postpone.

The latest development has been British Prime Minister Theresa May writing a letter to Brussels asking for a delay until June 30. The date is significant because it shows that May is trying to avoid participating in European elections.

However, it is unclear if EU will cooperate, with the European Council President Donald Tusk proposing to postpone the deadline by one year — a plan that would need to be approved by other 27 EU countries.

The market’s reaction to all of this has been “complacency,” said TD Securities head of global strategy Bart Melek.

“Market complacency for gold essentially means that the gold market has not been pricing in the risk of something bad happening. Gold has been trending lower, which is evidence that the market is not worrying about it,” Melek said. “Contrary to general common logic, if we do get some sort of deal that’s not horrific, I suspect that it would help out the euro, which could mean a dollar [reversal]. Less risk would be better for gold.”

The likely outcome that is being priced in at the moment seems to be some sort of a negotiated exit, said Pepperston head of research Chris Weston.

“It does look like a long extension is probably the more likely probability and general election still can’t be ruled out in the U.K. and that is going to keep the pound elevated. On the 12th we have the situation that if nothing is agreed by then, the U.K. will crash out of the EU. We see it as a low probability at the moment,” Weston said.

Other analysts have been reminding gold investors that Britain is a fairly small market, which is why Brexit is unlikely to impact global gold demand one way or the other.

“Brexit is very unlikely to be a significant mover for the gold market. I think largely there is an assumption that it is relatively irrelevant given the smaller proportion of demand that comes from the U.K.,” said Capital Economics senior commodities economist Ross Strachan.

Investors should also be keeping a close eye on the FOMC minutes from the March meeting, which will be released on Wednesday.

“There is a good consensus growing that those minutes will be worth watching. The market is expecting the minutes to show a more detailed approach as to what exactly it would take for the Federal Reserve to start cutting rates going forward,” Weston said.

Any development in the U.S.-China trade talks could also spark a move in gold, analysts added.

“The FOMC’s recent dovish tilt, China’s incremental policy easing and the success, or otherwise, of U.S.-China trade negotiations are likely to dominate global financial market sentiment. Indeed, we expect these factors to largely determine the short-term path for risk assets and the U.S. Dollar, with Brexit playing a subsidiary role at the margin,” said ICBC Standard Bank macro and commodities strategist Marcus Garvey.

On Thursday, U.S. President Donald Trump said that a trade deal with China could be reached in about four weeks.

“The development that could most significantly impact gold in the near future is a resolution or breakdown in the U.S. and China trade talks. There’s a reasonable amount of optimism in the market. If there was a resolution, you would see a bump up in industrial metals and energy, which would be negative for gold in the short-term,” Strachan said.

The ECB rate announcement is another important event on next week’s economic docket, which is scheduled for Wednesday. In the U.S., traders will be paying close attention to the inflation data, with CPI and PPI reports scheduled for release on Wednesday and Thursday respectively.

“If we see any disappointment on the inflation front, it would be pretty decent for gold. The market, in that case, would make the assumption that the U.S. economy is going to be working below potential and the Fed would have little reason to stay off its current path, with people starting to talk about a move of interest to the downside,” Melek stated.

The yellow metal is looking for a catalyst to move higher, Strachan pointed out. “Gold is stuck in that tight range, looking for major developments to move it,” he said.

Melek sees gold prices going a little higher next week, pointing to robust support at around $1,284 and resistance at $1,308. “Gold is likely going to trade under $1,300 level,” he said.

Gold bulls are still in control of gold prices, said Wyckoff while warning that they need to show fresh power soon.

“Bulls’ next upside price objective is to produce a close in June futures above solid resistance at the March high of $1,330.80. Bears' next near-term downside price breakout objective is pushing prices below solid technical support at the March low of $1,287.50,” he said.

Long-term, however, the picture is much brighter for gold, with prices approaching $1,400 an ounce by year-end, described Strachan.

“Equity markets to pull back later this year, which is supportive for gold. Disappointing growth is key,” he said. “We are expecting to have more safe-haven flows. It will probably manifest itself into significant buying of ETFs both in the U.S. and Europe. That should underpin gold prices going to $1,400 an ounce by the end of the year.”

VOTE NOW: Where is #gold headed next week?