Organic Growth Vs M&A, Why Not Both? Says Americas Silver CEO 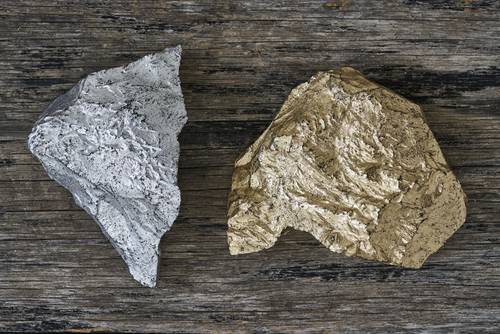 (Kitco News) - While organic growth is the best way to create shareholder value, there are times when a company just can’t pass up a merger or acquisition, according to one mining executive.

In an interview with Kitco News Darren Blasutti, president and CEO of Americas Silver (NYSE: USAS, TSX: USA) said because of current valuations in the marketplace, he couldn’t ignore the opportunity to acquire Pershing Gold Corporation and solidify his company as a growing precious metals producer.

“I would say that 99% of the time, organic growth is the best way to create shareholder value but every once in a while you find an asset that is so undervalued that you can’t turn away,” he said.

Not only did the deal officially close last week, but at the same time Americas Silver announced the construction of the Nevada-based Relief Canyon project, which was part of the acquisition. Construction is expected to be completed this year with the company expecting to produce 91,000 ounces of gold in 2020.

“The high-return Relief Canyon Project is anticipated to add substantial precious metals production and cash flow growth for the Company in 2020 and beyond,” he said in a press release.

“We have always stated that we were not going to produce silver to lose money. At $15 silver nobody is making any money, but at $1,200 gold, companies should be able to make money,” he said. “We never wanted to be a base-metal player, we were just there to make money. This transaction will allow us to leave our best silver grades in the ground and still be a precious metals company.”

Blasutti said that Americas Silver’s acquisition comes at an opportune time as he expects shifting investor sentiment will lead to higher demand for precious metals. He added that base metal prices could start to struggle in an environment of slower global economic growth.

Equity investors were spooked Tuesday after the International Monetary Fund (IMF) downgraded its global growth forecast to 3.3%, the slowest pace of growth in nearly a decade.

As for the debate between gold and silver, Blasutti said that he thinks it is only a matter of time before silver starts to outshine the other precious metals.

“Silver for sure is undervalued but that is not sustainable,” he said. “At some point the price is going to turn around and we will be in the best position to take advantage of higher prices.”