British Jeweler Unveils One Of The Largest Diamonds In The World 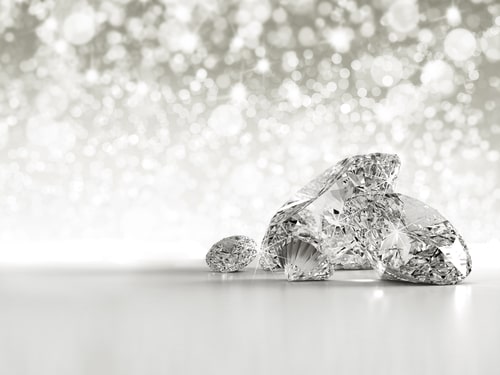 (Kitco News) - One of the largest diamonds in the world has been put up for sale and it is so expensive that the price tag has not been revealed.

Precious gem lovers can now get their hands on the 302.37 carat diamond following Wednesday’s unveiling by the British jeweler Graff Diamonds.

The price of the world’s biggest square emerald-cut diamond — Graff Lesedi La Rona —is being kept under wraps.

Graff Lesedi La Rona was originally cut from a 1,109 carat rough diamond discovered at the Lucara Karowe mine in Botswana in 2015. At the time, it was the second largest rough diamond to have ever been unearthed.

The process of cutting and polishing the diamond was a very difficult one, with Graff having to design special equipment big enough to analyze, cut and finish the massive stone.

Witness the transformation of the magnificent 302.37ct Graff Lesedi La Rona, the largest highest colour, highest clarity diamond ever certified by the GIA, and the largest square emerald cut diamond in the world.

After 18 months of work, Graff Diamonds created the Graff Lesedi La Rona as well as 66 other smaller diamonds ranging from 26 carats to less than a carat each.

“Cutting a diamond of this size is an art form, the ultimate art of sculpture,” Graff Diamonds founder Laurence Graff said in a statement. “It is the riskiest form of art, because you can never add and you can never cover up a mistake; you can only take away. You have to be careful and you have to be perfect.”