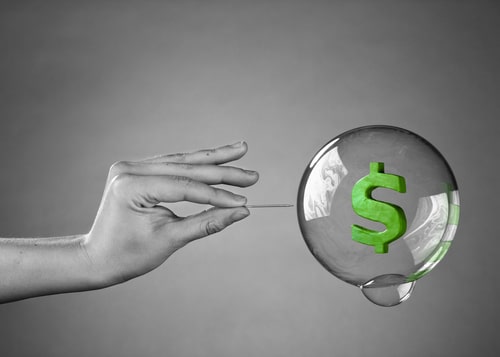 (Kitco News) - Gold bulls’ frustrations aside, this is an “extremely attractive environment” to establish long-gold positions, according to Standard Chartered.

“We are very constructive on gold, both within our strategy teams and within our commodity research teams. Even with the recovery that we’ve seen in equity prices and nominal bond yields over the last few weeks, real or inflation-adjusted yields remain extremely low. And that’s historically a better indicator for gold,” Standard Chartered global head of FX, rates and credit research Eric Robertsen told Bloomberg on Monday.

Investors, however, have been discouraged by gold’s price moves as of late, with the metal unable to sustainably break its key psychological level of $1,300 an ounce. June Comex gold futures were last trading at $1,290.50, down 0.06% on the day, amid lack of turbulence on the geopolitical front.

Keeping prices down are the resilient U.S. dollar and rallying equities, Robertsen pointed out.

“One of the things that all investors have struggled with this year is the fact that risk assets, whether it is equities or credit, have run dramatically higher in an environment where, especially back to Q4 and early Q1, we had quite a bit of negative sentiment regarding the global growth,” he said. “Our expectation is that risk assets have probably seen the better part of their gains for now.”

But, this is not impacting Robertsen’s outlook in the slightest, as he projects re-calibration between positioning and market pricing.

“We think the environment is extremely attractive for building long-gold positions here,” he added.

Standard Chartered’s take on the U.S. dollar is that the American currency is overvalued.

“Ultimately the U.S. dollar [will] move lower against a broader basket of currencies. There have been a couple of factors that held back that trade,” he said. “The first of which is the enormous concern that we saw around global growth in Q1, which in some ways hindered the performance of some of the more growth-sensitive EM currencies.”

But, Robertsen argues that this global growth concern is a temporary one, stating that as the growth environment improves, it will be “extremely constructive for EM.”

From the G10-currency perspective it will take normalization from interest rates differentials before the dollar will begin its move lower, Robertsen explained.

“You have a number of G10 currencies, like the euro, with negative interest rates. So, from a cost-of-funding point of view, the dollar still looks relatively attractive against some of these currencies,” he said.