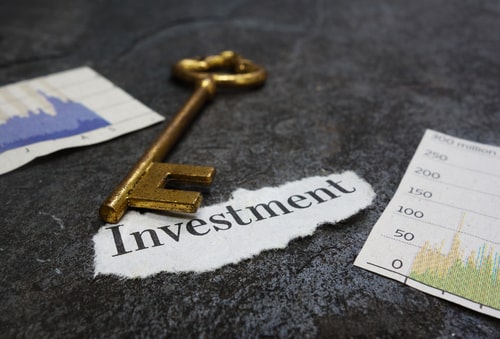 (Kitco News) - Raging risk-on sentiment continues to keep gold prices down and analysts are worried that things could get worse before they get better.

Gold prices struggled through a major sell-off this week, falling 1.4% and touching a four-month low. June Comex gold was trading flat on the day on Thursday, last seen at $1,275.20.

U.S. retail sales rose a solid 1.6% in March, following a drop of 0.2% in February, according to the latest data from the U.S. Commerce Department. Economists were expecting to see an increase of 0.9% in the last month’s headline number.

“The retail sales number sits within the general recent tone of data and has been a bit more positive after all the signs of weakness. It certainly provides reassurance that we are a long way from that for now,” Capital Economics U.S. economist Andrew Hunter told Kitco News. “That said, consumption growth still looks to have been very weak.”

The latest retail figures are another sign that the economy is doing better than markets were anticipating at the start of the year. This renewed sentiment is a critical factor on gold, according to some analysts.

“Retail sales figures suggest that we will probably see some kind of a rebound in spending growth in the second quarter,” noted Hunter.

“Volatility across many assets classes is quite low at the moment. At the same time, equities are hovering just below all-time highs. So, the opportunity cost of holding gold is quite high at the moment. That suggests that money managers will likely stay away from the yellow metal until there is increased imputes to buy some gold for protection,” Ghali stated.

Gold’s Uptrend Has Been Broken

Another factor investors need to pay close attention to is gold’s broken uptrend, which means that from a technical point of view, the metal could be heading lower before it rebounds.

“Gold has broken out of the uptrend that was established from the November lows. And now it is on the downtrend,” Ghali said. “Gold is heading down next week.”

“Gold has had a fairly significant technical breakdown in the last two days. A lot of the things that drove gold up in the latter part of 2018 and the beginning of this year have faded. Market volatility is going down, political risk has declined, earnings have been decent, the economic numbers seem to be turning around, and inflation remains subdued. There is not really anything to propel gold higher in the near-term and it will continue to come off.”

Cieszynski also noted that this is a seasonably weaker time of the year for gold, which could last until August.

The most significant data out next week will be the U.S. Q1 GDP figure, which market consensus is expecting to come in around 1.8%. The release is scheduled for Friday and analysts will be paying extra attention to what it means for the U.S. economy going forward.

“The details of the report could be weak. It looks like a lot of the [previous] strength was driven by a big contribution from net trade. But, if you look at consumption, it is very weak. Business investment growth also seems to have slowed as well as underlying domestic demand,” Hunter said.

Other things to keep an eye on next week include U.S. earnings releases and the U.S. durable goods report, noted Ghali.

Also, investors should not forget about the U.S.-China trade talks, which have been developing in the background, said Capital Economics senior commodities economist Ross Strachan.

“A final deal or breakdown in negotiations could be a significant turning point for markets, including gold,” he said. 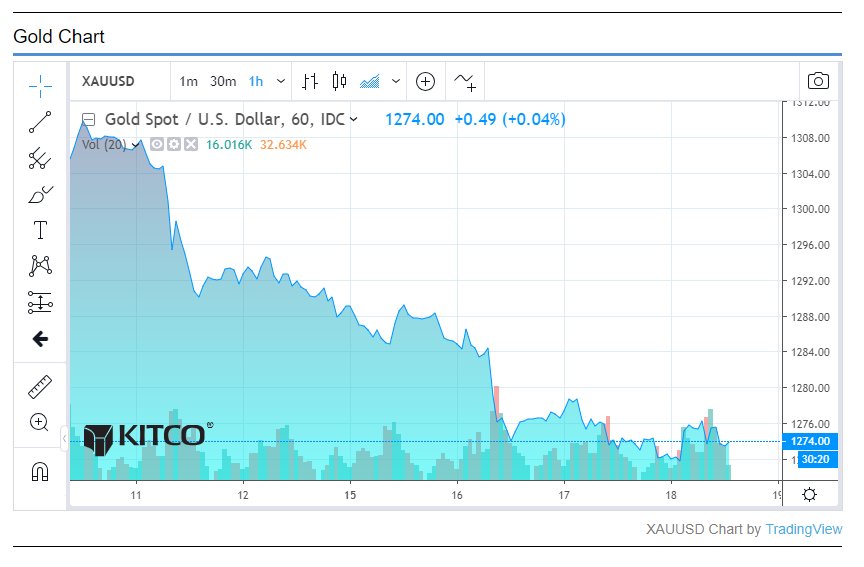 Some analysts view the current risk-on trend in the market as a temporary one, noting that the U.S. economy is bound to slow later this year, which is likely to hurt equities and the U.S. dollar.

“Economic growth is going to slow quite sharply this year. A lot of the strength in growth last year was driven by fiscal stimulus. We think that boost has now faded. At the same time, the lagged impact of the Fed’s monetary tightening over the past couple of years is going to become an increasing drag on growth this year,” Hunter said.

The U.S. economist added that even though he is not anticipating a recession, he does expect GDP growth to slow well below its potential pace by the second half of this year.

What this means for gold is that it could rise to $1,400 by year-end, noted Strachan.

“We’ve seen bond yields having recovered in recent times. It is clearly a general improvement in risk appetite and gold has softened fairly significantly in recent weeks. However, we don’t expect that to last and we see gold prices going substantially higher as equity markets correct,” he said.