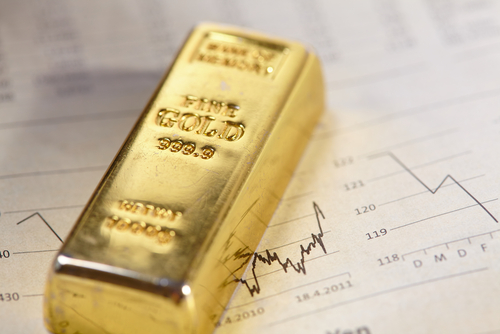 (Kitco News) - Low volatility is one factor weighing on gold prices, but the low-risk environment is unsustainable and could eventually work in the precious metal’s favor according to one market analyst.

Markets are currently closed for the Good Friday holiday, but Thursday, the Volatility Index ($VIX), also known as the market fear gauge, fell to a seven-month low, closing the week at 12.09 points. At the same time, gold held steady near its lowest level in four months; June gold futures settled at a$1,276 an ounce.

Looking ahead, Mike McGlone, senior commodity strategist at Bloomberg Intelligence, said that he sees limited further downside for market volatility, which should be positive for the gold market.

“Increasing U.S. stock-market volatility was the primary gold bull driver in 4Q as the dollar rallied. A buried VIX indicates elevated mean reversion risks,” McGlone said in a report Thursday. “Conditions for the depressed VIX don't get much worse.”

McGlone added that the key level to watch is the VIX’s 200-day moving average, which comes in around 16 points.

Although low volatility, rising bond yields and a stronger U.S. dollar is weighing on gold prices, the precious metal has managed to hold critical support. Many analysts have said that they are watching the $1,275 level closely as this represents an important retracement level from the August lows to February highs. If this level breaks, many analysts have said that the next support level to watch is gold’s 200-day moving average, which comes in around $1,260 an ounce.

Looking at the U.S. dollar, McGlone said that he sees limited upside potential. He added that the rally in the stock market is one of the main factors behind the greenback’s resilience. Increased volatility will not only weigh on equities but could also push the U.S. dollar lower, he said.