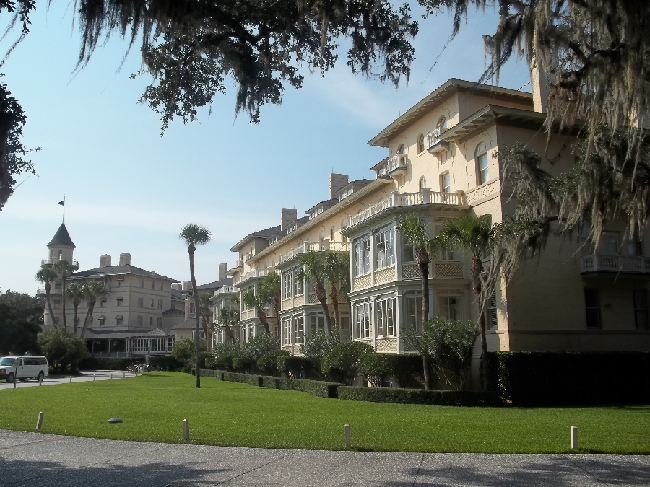 (Kitco News) - In 1910 some of the wealthiest men in American met at Jekyll Island for a secret meeting and laid the foundation for what is now the Federal Reserve banking system.

Some of the speakers at this year's conference include Frank Holmes, CEO and chief investment officer of U.S. Global Investors; Rob McEwen, chairman of McEwen Mining; best-selling author and famed investor Marin Katusa; Matt Geiger, managing partner at MJG Capital and Paul Matysek who has more than 40 years of executive experience in the mining industry.

In the current environment investors should be seriously looking at the commodity and resource sector, Kettell said. He added that the Jekyll Island resort is the perfect backdrop for investors to learn more about the sector from industry leaders.

"It's been a tough market for commodities the last few years, but while everything is in a bubble this is the only sector that shows real value," he said. "We think it's only a matter of time before the market turns around."

The irony of the conference's location is also not lost on Kettell. More than 100 years ago a plan was put into place to privatize the U.S. monetary system.

"Since the creation of the Federal Reserve, the US Dollar has lost 98% of its value. This is no mistake but rather was intended from inception. The privatization of the monetary policy under the guise of a government agency paved the way for the importance of 'hard assets,' and it's part in protecting wealth," Palisade said in a description of the conference.

Although equity markets, trading near record highs are attracting most of the attention among market players, Kettell said that it wouldn't take much to spook investors to move their capital into safe-haven assets. He explained that only six months ago the equity markets were seeing their biggest declines in a decade.

"Last year was very telling. We saw the [Dow Jones Industrial Average] and the Nasdaq crack and lose 20% in a matter of months," he said. "And gold did something interesting: it went up every day the Dow crashed.”

In this current precarious atmosphere, now is the time to start building a position in commodities and if investors wait too long, they will miss out on the current value opportunities, Kettell said.

"No market goes up forever," he said.

One of the events at this year's conference Kettell said that he is looking forward to, is a panel discussion: The ledges of mining, featuring McEwen, Katusa and Matysek.