Mining Labor Crisis? Sector Needs To Hire Nearly 100,000 People In The Next 10 Years 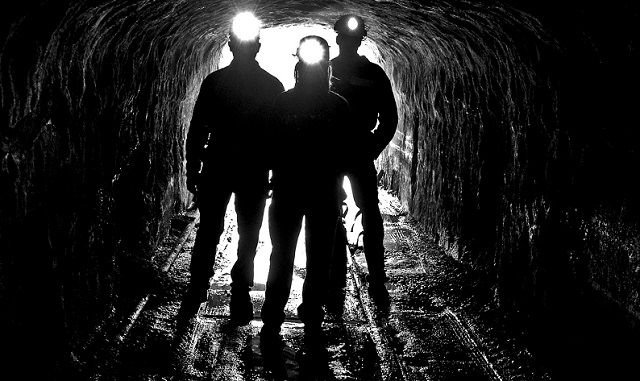 (Kitco News) - The Canadian mining sector needs to act now or it could face a serious labor shortage as it struggles to find new talent to replace an aging workforce.

The industry's labor challenges have been an important topic among mining executives during the CIM Convention 2019, with many saying that the industry needs to do a better job reaching out to youth, women, indigenous people and visible minorities. 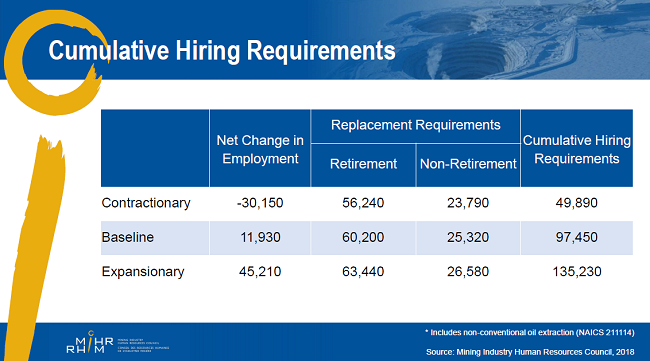 In a discussion group during the conference, the Mining Human Resource Council (MiHR) said its baseline scenario predicts that the Canadian mining sector will need to hire around 97,000 workers within the next 10 years. If there is an expansionary boom in the commodity space, the sector would need to fill more than 135,000 positions.

The new hiring initiative comes after the sector saw its longest period of high unemployment in recent history. From early 2015 to late 2016 the industry unemployment rate was well above the national average, hovering between 10% and 12%. 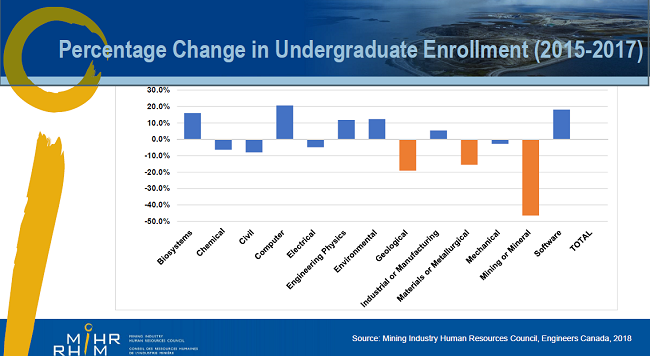 "The lack of interest in mining is coming at a time when we are starting to see the industry ramp up," Montpelleir said.

Although market volatility is a hurdle for mining companies, Montpellier said that companies need to take a long-term approach when it comes to recruitment and look past short-term commodity prices.

And it's not just young people that the industry needs to reach out to. The sector significantly lacks diversity compared to the general Canadian workforce.

According to one statistic presented at the conferences opening plenary meeting, the mining sector is the worst for gender diversity with only 5% of women sitting on boards of the top 500 mining companies. Within the workforce, women represent 18%, well below the national average.

The MiHR stats shows that immigrants make up only 13% of the mining labor market, visible minorities make up 9% and indigenous people make up only 7.4% of the workforce.

Jennifer Wright, senior director at MiHR, said that the data are not all bad news as these sectors represent areas of opportunities for mining companies that need to find workers.

The lack of diversity and young workers appears to be weighing on sentiment as some executives note that the sector is finding it difficult to shake off persistent negative perceptions of the industry, including the notions that it is unsafe, old-fashioned and harmful for the environment.

The plenary discussion noted that many leaders and executives in mining are engineers or geologists and tend to be very analytical and what is lacking is more creativity.

"As an industry, I think we are suffering from group think," said Maryse Belanger, president and CEO of Atlantic Gold. "It doesn't help that we don't have a lot of young creative people in the industry."

Belanger added that young people aren't entering the mining sector because they don't have the right information.

Theresa Nyabeze, senior mine engineer at Vale's Ontario operations, said that mining companies need to start their outreach even before students look at entering post-secondary education.

Nyabeze is the author of a children's book about mining called: 'Underground! My Mining Adventure'. She said that youth need to have a better understanding of how their lives are connected to the mining industry. 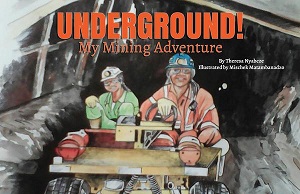 "These kids in school are using iPads and smartphones, but they don't understand what is in them," she said.

To attract more women to mining, Nyabeze said companies need to show potential workers that they will be operating in a safe environment.

"Companies have to change a lot of mindsets that their underground environments are suitable for women," she said.

Although the mining sector faces many challenges when it comes to filling the labor gap, Wright said that companies are making progress.

One program that is making a difference is work-integrated learning where students can work for a mining company through co-ops, internships, and other projects to provide them with career experience. MiHR also provides companies with a wage subsidy of $5,000 or 50% of wages for second-year students. The organization will cover up to $7,000 for 70% of wages for under-represented students like women, immigrants and indigenous people as well as first-year students.

Only 0.5 percent of mining equipment is fully electric - McKinsey

Los Pelambres suspension should 'not lead to the termination of contracts'

Pembridge reduces Minto ownership from 33% to 11%