Australian Aging Mines Are 'Running Out Of Gold' - S&P Global 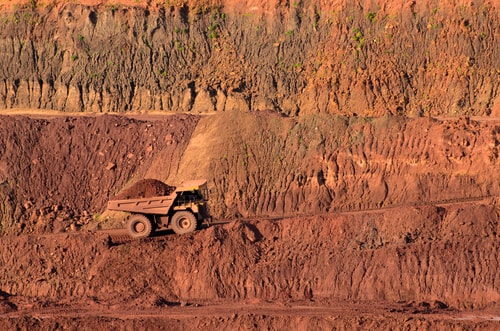 (Kitco News) - Australia’s gold output is expected to fall the most in the next five years as the nation’s aging mines begin to “run out of gold,” according to S&P Global Market Intelligence.

Australia is currently the second biggest gold producer in the world after China. But, S&P Global estimates that the mining nation will fall into fourth place by 2024, surpassed by Canada and Russia.

“Russia's production is expected to essentially equal Australia's in 2020 and then surpass Australia. Meanwhile, in Canada, the startup of Meliadine and continued ramp-up of Rainy River, Eleonore and Hope Bay, among others, drive some of the fastest national growth that is expected to last for several years,” Galbraith added. 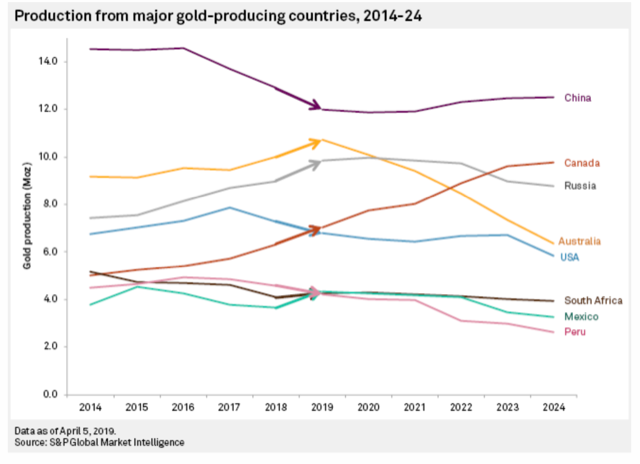 The biggest reason for a drop in gold production is aging mines, Galbraith pointed out.

“The underlying reason for Australia's fall is the depletion of several long-lived assets such as St Ives, Paddington, Telfer, Edna May, Southern Cross, Agnew/Lawlers and more,” he wrote. “Those have been great mines, they've had excellent lives, but nevertheless all good things must eventually come to a close and they are running out of gold.”

“We believe the forecast growth of 2.3 million ounces in 2019 will be the strongest growth in the past three years, debunking commentary calling for peak gold,” Galbraith noted.

S&P Global projected that Canada will beat the U.S. in gold production in 2019 to become the world's fourth-largest producer.