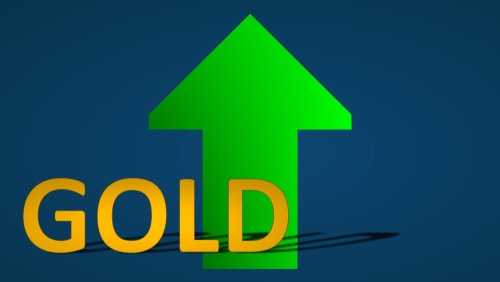 (Kitco News) - As the S&P 500 hit another record high on Tuesday, Capital Economics is saying that a major equities’ sell-off is coming by year-end, which will drive gold prices to six-year highs.

“We think that global growth will remain subdued and forecast that the S&P 500 will fall to just 2,300 by end-2019,” economists at Capital Economics wrote on Tuesday. “Surging safe-haven demand is likely to drive the prices of both gold and silver higher this year.”

Gold is likely to rise to $1,400 an ounce by the end of the year, said Capital Economics while pointing to slower global growth throughout this year.

“While the world economy grew by 3.6% in 2018 as a whole, it lost momentum throughout the year. Q1 2019 looks to have been even weaker. The manufacturing sector has borne the brunt of the downturn,” the firm’s economists noted. “There are a few signs that the slowdown may be bottoming out at the global level.”

Capital Economics’ outlook comes at a time when gold prices are struggling below the key psychological $1,300 an ounce level amid risk-on sentiment dominating the market.

“Despite both a paring back of interest rate expectations in the U.S. and a dip in U.S. Treasury yields, the gold price has been falling since March. A pick-up in risk appetite, which has also dented demand for other safe havens such as the yen, seems to be the cause,” the firm’s economists stated.

But the current weakness, which has June Comex gold futures trading around the $1,285 an ounce level, is only temporary, according to Capital Economics.

“As has happened in the past when U.S. equity markets have fallen sharply, we expect a sharp rise in risk aversion to drive the gold price higher, as investors seek safe-haven assets to protect returns,” the economists said.

Another long-term factor helping gold prices out will be continued increased interest from central banks, especially coming from Russia and China, the firm noted.