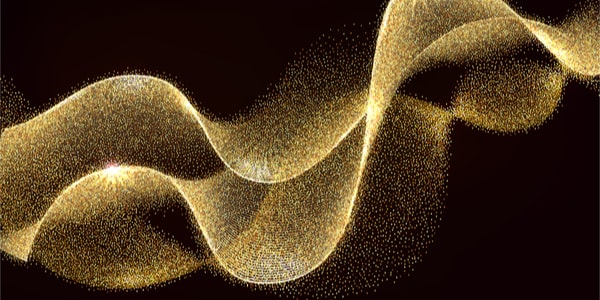 This week investors saw a slate of positive data out of the U.S., with the Fed holding rates unchanged, Powell sounding optimistic, and jobs data coming in stronger-than-expected.

Analysts explained the move by saying that gold has been oversold through the week.

“Gold’s resilience in the face of the strong jobs report suggests recent selling pressure has at least temporarily exhausted the bears, and the yellow metal is due for at least a respite from downside pressure,” Kitco’s senior technical analyst Jim Wyckoff said.

Others have pointed to the “internals” of the U.S. jobs report that showed 263,000 new jobs in April. Analysts said that wage growth has been disappointing, adding that the 49-year low unemployment rate of 3.6% was due to people leaving the labor market.

“Hours worked dropped back. The decline in the unemployment rate report was driven by a fall in the labor force rather than strong employment growth. That’s not particularly an encouraging sign. Overall, it was a clearly strong report,” Capital Economics U.S. economist Andrew Hunter told Kitco News.

Also, the jobs report was likely overshadowed by the disappointing ISM service sector data, Hunter noted, adding that the survey is projecting to a weaker U.S. GDP growth in Q2.

“Both ISM surveys have fallen back in April. And if you look at the usual relationship with GDP growth, there are now pointing to growth below 2% annualized in Q2. We’ve seen a similar weakening the PMI as well,” he said. “The key thing to realize is that even though the employment report was strong, employment growth is only telling you what is happening in the economy right now, whereas the surveys tend to be leading indicators and give the sense of what is going to happen.”

Overall, analysts are confident that gold will start to rise later this year, despite the current subdued levels of trading well below gold’s critical psychological $1,300 level.

“On a longer-term basis, gold is oversold and we will likely move higher later in the year. The main driver on that will be U.S. economic data running out of steam as the fiscal stimulus wears off and Fed along with other central banks remain on hold. Also, as the weaker data in the U.S. starts to manifest, you’ll get volatility in equities, which suggests that gold will make for a diversified in a portfolio and get some of that hedge risk bids,” said TD Securities commodity strategist Ryan McKay.

Next week, however, the U.S. dollar is still likely to keep gold under some pressure, added McKay.

“As long as equities are surging and the dollar remains strong and we’ve seen the probability of cuts start to be priced out a bit after Powell noted he sees inflation as transitory, we’ll stay on a range-bound trajectory in this $20 range below $1,300 in the near-term,” he stated.

“The general consensus is that as we move through 2019, it is likely that we will start to see growth slowing. We do think investors will probably start moving towards safe-haven assets. We are looking at gold a bit over $1,350 at year-end,” he said.

“While gold continues to struggle in the near term, we think that recent and upcoming lows represent decent entry points as fundamentals remain strong, and there is room for some headwinds to unwind,” Louney wrote. “We continue to stick with our positive view on gold prices this year and recommend buying and/or increasing allocations on the back of upcoming downticks in gold prices, at least through the mid-2019.”

“Next week we are going sideways one more week, and then most likely close higher and that will set up a bullish cycle in the market,” Newsom said. “As long as we can stay in that $1,270-75 range and close higher next week, then we’ve set ourselves up for a bit of a bullish movement.”

A good support level for gold next week is around the $1,270 region, McKay pointed out. “If Fed gets more hawkish from here, we could hit the $1,263. Gold is a buying opportunity at that range.” On the upside, McKay is watching the $1,300 level.

Inflation Is Key Next Week

The U.S. inflation data is the most important figure out next week considering Fed chair Powell’s comments explaining away low inflation as “transitory.”

On Wednesday, Powell said that “core inflation unexpectedly fell.” He later clarified that the Fed suspects that “transitory factors are at play,” with the central bank projecting for inflation to return to 2% over time.

When asked to identify some of the transitory factors keeping inflation down, Powell pointed to portfolio management services, apparel prices, and airfares while stating that “there is a reason to think that these would turn around.”

However, many economists are not convinced that low inflation is something temporary, pointing to more serious fundamental factors holding inflation down.

“As far as data is concerned next week, April CPI will be key. There is a question around whether the recent weakness we’ve seen in core inflation, particularly in the PCE measure that the Fed cares most about is [temporary or not],” Hunter said. “We think it is mainly due to more fundamental forces. In particular, there has been a pretty sharp slowdown in unit labor cost growth, which suggests that core inflation will remain pretty weak and probably decline further over the coming months.”

Low inflation for a long time means that the Fed is most likely to cut rates in 2019, which is a definite tailwind for gold.

“We expect for the Fed’s next move would be to cut rates. We currently think they could start cutting before the end of this year. By the middle of next year, we think rates would have fallen to only 1.5%-1.75%,” Hunter stated.

The U.S. inflation numbers from April will be out on Friday. Other data this week will include some Fed speak from Philadelphia Fed President Patrick Harker, Atlanta Fed President Raphael Bostic, and Chicago Fed President Charles Evans. There is also PPI numbers on Thursday and JOLTs job openings on Tuesday.