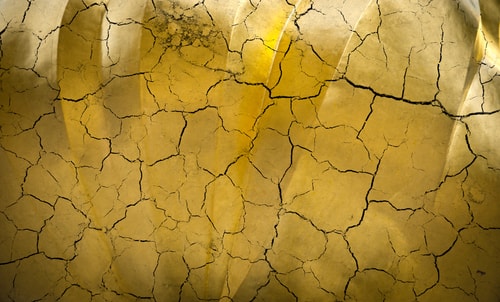 (Kitco News) - A new jolt of energy is needed to wake gold up this year, said Scotiabank while adjusting its previous “long gold” 2019 investment theme.

“We continue to believe that it won’t take just one attempt to break the cyclical range earmarked by $1,350 as Gold remains a 2nd-tier investment while it awaits for a $-negative or vol-positive catalyst to evolve,” the bank’s commodity strategists wrote in May’s report.

“Our original overarching 2019 investment theme - long volatility, short politics and short the $ (which is best expressed by being long Gold) - drastically changed the past two months. Gold should do well in a low (and falling) real rate environment … But unless there are some macro fear and complacency is shattered, it’s tough to see Gold really outperform,” the report added.

Investors have been frustrated with gold’s narrow trading range this spring, but Scotiabank believes that the yellow metal’s performance has been decent considering the macro circumstances.

“Gold finished April almost unchanged unable to fully escape $1,300 in either direction, which is a fair performance given the moderately stronger $, the lack of persistent macro fear and buoyant U.S. equities prices,” the bank said. “Structural bearish-$ arguments (MMT, political polarization, deficits, a Fed pause etc) have not yet had an impact on the $.”

The fact the U.S. dollar failed to react to the Federal Reserve “pausing” and possibly even cutting rates this year has created a perfect narrow-range trading environment for gold, the report pointed out.

“That creates the core backdrop for range bound commodity prices which mirrors the stalemate macro environment markets are in for now (policymakers—led by the Fed—are on hold, China easing has become much less responsive/accommodative, Brexit and trade deal deadlines were extended, May/ summer is coming…),” the strategists said. 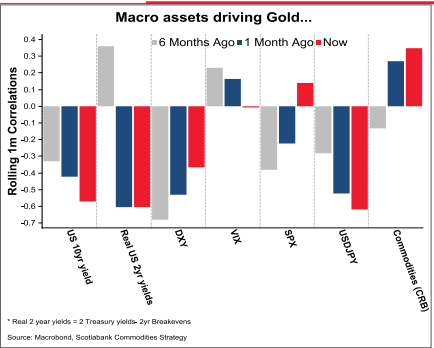 Gold has managed to stay above the $1,270 level due to increased interest from central banks. But, that can only do so much, warned Scotiabank.

“CBs [central banks] bought ~146t of Gold in Q1, the highest Q1 purchase since 2013 … And while CB buying from EM CB and the usual candidates (China, Russia, India etc) is supportive for Gold, it’s a well-known fact and almost baked into $1250-1300 prices. Only CB purchases from new regions and/or a significant ramp up in the pace of usual suspect purchases, is mildly bullish Gold,” Scotiabank said.

All of this means that the coveted $1,350 level will be “an even tougher nut to crack,” the report highlighted while pointing to strong U.S. equities.

What gold needs the most right now is a new driver that could push prices out of their comfort zone.

“While the combination of Indian, Chinese and CB demand provides a well-respected floor around $1270-1280 for now, the investment environment needs a jolt before Gold can wake up from its sleepy range; that’s certainly not unheard of — Gold tends to perform when no one is looking,” Scotiabank noted.

Gold rebounds as bulls step in to buy the dip