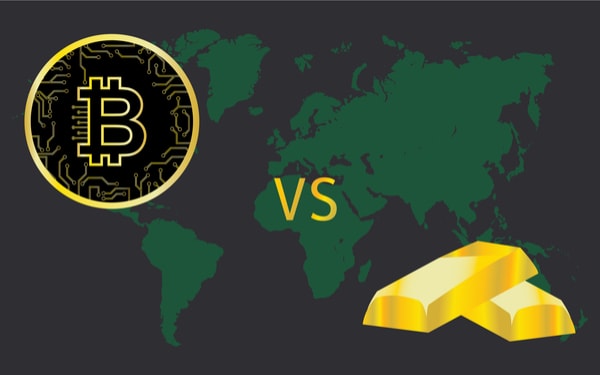 (Kitco News) - The debate between gold and cryptocurrencies continues to be waged throughout financial investment circles, with one mining executive saying gold will ultimately prove to be the long-term asset to own.

“The beauty of gold is that it’s a solid asset. It’s been around for a very long time and will continue to be around,” he said. “The problem with cryptocurrencies is that the market is always changing and you constantly have to watch it.

Smallwood added that hundreds, if not thousands, of companies, are currently competing with each other to create the next exciting cryptocurrency. He added that in five years the leading digital currency Bitcoin will probably look like a dinosaur compared to new products.

“All cryptocurrencies are virtual and therefore are replaceable,” he said. “But there is only one type of gold.”

Smallwood said that although the gold market doesn’t have anything to fear with bitcoin or other virtual currencies, the precious metal continues to face considerable headwinds from resilient strength in the U.S. dollar.

“The U.S. dollar remains the best of a bad bunch among global currencies,” he said. “But investors need to ask themselves: how long can this last?”

“It says something when gold is at record highs against so many currencies and I think it’s only a matter of time before it catches up to the U.S. dollar,” he said. “It’s difficult to see how the U.S. dollar will remain strong when you look at the government’s fiscal management.”

Although investor interest in the mining sector remains dreary, Smallwood said the companies need to focus on creating shareholder value and eventually the market will turn. His comments come after the company reported first-quarter adjusted net earnings of $56.5 million, or 13 cents per share, in line with expectations.

However, the company surprised markets with record gold sales of 115,000 ounces for the first three months of the year.

“Investors need to pay attention to commodity market velocity. When we start seeing consistent upward pressure, investors will feel more confident and start looking to reinvest. The companies that keep their promise and show how they are building shareholder value will be the ones that benefit from renewed interest,” he said.

Investor interest in gold has been muted with prices struggling to find enough momentum to push back to $1,300 an ounce. June gold futures last traded at $1,284.80 an ounce.