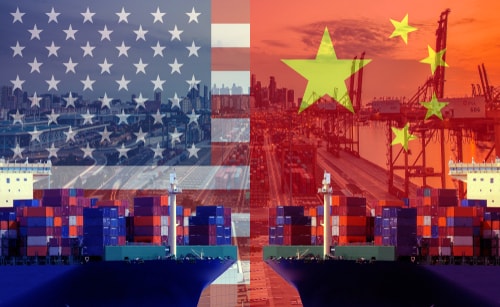 (Kitco News) - As investors anxiously await the outcome of the U.S.-China trade talks, analysts are saying that trade war or not gold will remain in demand.

At 5 p.m. EDT on Thursday, Chinese Vice Premier Liu He was scheduled to start negotiations in Washington with U.S. Trade Representative Robert Lighthizer and Treasury Secretary Steven Mnuchin. The talks are expected to last through Friday.

The negotiations come amid an escalation of tensions between the U.S. and China. New U.S. tariffs on Chinese imported goods are set to come into effect at 12:01 am EDT on Friday, with Trump increasing existing tariffs from 10% to 25%.

On top of that, “paperwork” has been initiated to introduce a 25% tariff on the $325 billion in Chinese goods that have not been impacted by the trade war so far, according to Trump.

“Most [are] now thinking no substantive deal can be reached at this time … The U.S.-China trade war is escalating, with both sides digging in their heels and threatening new sanctions on each other,” said Kitco’s senior technical analyst Jim Wyckoff.

As negotiations continue, traders can “rely” on the $1,280 an ounce level for gold, FXTM market analyst Han Tan said in a note on Thursday.

“Having already breached the $1,290 level this week before moderating, Bullion may surge past that level once again, in the event that negotiations in Washington break down and higher US tariffs kick in,” Tan said. “Markets will also be mindful of potentially more tariffs being imposed ‘shortly’ … If that too comes to pass, it might pull the handbrake on the world’s economic expansion and give Gold prices another huge leg up.”

Gold Investors Should Be Paying Attention To U.S. Economy

With all this noise and uncertainty in the market, some analysts are advising to look past the trade tensions and focus on the U.S. economy.

“Irrespective of how trade negotiations eventually play out, we think that the Japanese yen and gold will make further ground in the rest of 2019, as the US economy slows sharply and the rest of the world remains weak,” Capital Economics markets economist Simona Gambarini wrote in a note on Thursday. “We have long been of the view that stock markets in the U.S. and elsewhere would come under pressure this year and that investors would flee to the relative safety of the Japanese yen and gold.”

Risk-on assets, such as U.S. equities, are projected to decline throughout 2019 on slower global growth, according to Capital Economics

“‘Risky’ assets will continue to fall out of favour as a result of a slowdown in the global economy even if the U.S. and China ultimately reach some sort of agreement. As a result, we think that the rally in safe-haven assets has further to run,” Gambarini said.

Gold slides over 1% on dollar strength as Fed meeting looms