Bitcoin Gains $1,000 Over The Weekend, No Signs Of Market Top 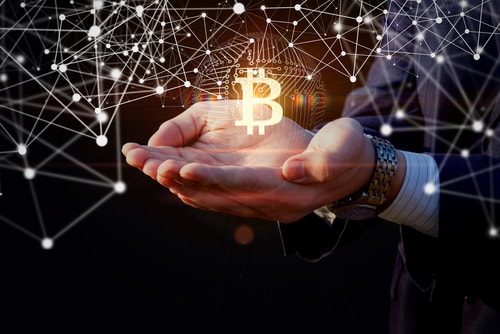 (Kitco News) - Bitcoin prices surged to the highest level since August during the weekend, gaining $1,000 before slightly retreating.

The popular cryptocurrency is seeing a stellar comeback this spring, with prices more than doubling since December, when bitcoin was trading just around $3,200 per token.

The high of $7,448 was very briefly seen in mid-October and more sustainably back in August.

At the time of writing, bitcoin slightly retreated but was still trading strong at $7,065.20, up 1.17% on the day, according to Kitco’s aggregated charts.

In Kitco’s latest update on bitcoin prices, technical senior technical analyst Jim Wyckoff said there are no signs of a market top in the near-term, which means that the cryptocurrency can rise further.

“The bulls have solid technical power to suggest still more price gains in the near term, amid a price uptrend in place on the daily bar chart. There are no early chart clues to suggest a near-term market top is close at hand,” Wyckoff wrote on Friday.

A massive drop from an all-time high of nearly $20,000 seen in 2017 and a very slow rebound has created a lot of “pent-up” demand, BKCM CEO and founder Brian Kelly told CNBC on Friday.

“While many investors have flocked to Coinbase over the last few years, we still anticipate a large amount of pent-up demand from retail investors,” Kelly said. “A word of caution, timing the flows from these retail behemoths may prove to be tricky.”

This surge in prices comes at a time when hackers managed to steal $41 million worth of bitcoin from Binance, which is one of the largest cryptocurrency exchanges in the world.

A total of 7,000 bitcoins were withdrawn via “phishing, viruses and other attacks,” Binance CEO Changpeng Zhao said in a post last week. 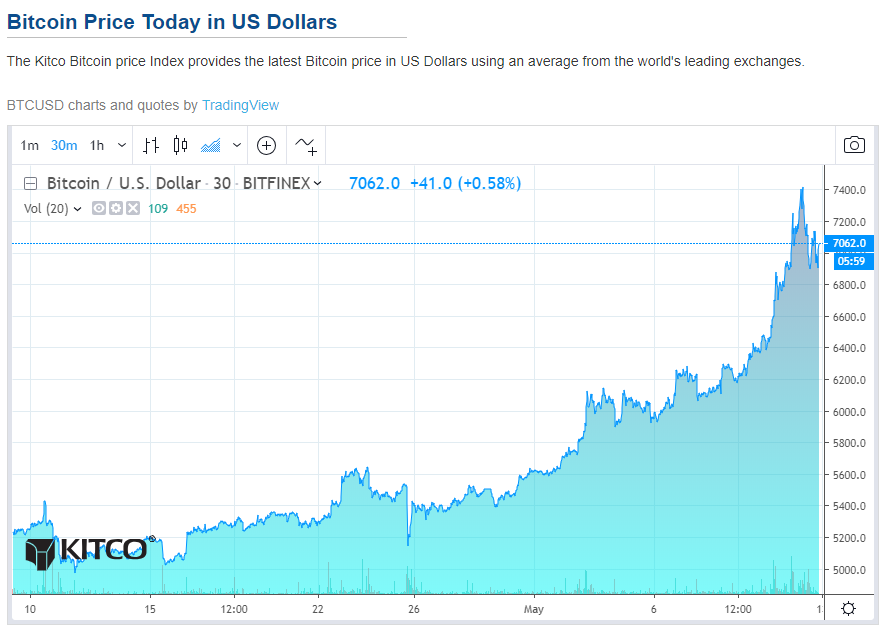 Bitcoin is yet to find its equilibrium as good news outweighs the bad, Arca chief investment officer Jeff Dorman pointed out.

“This rally has sustained because the positive events surrounding crypto have outweighed the negative risks for months,” Dorman told CNBC. “More importantly, the negatives are largely one-off ‘black swan’ type events that create tail risk but are not persistent, whereas the positives are long-term game-changing events that lead to sustained growth.”

At the beginning of May, bitcoin bull and Galaxy Digital CEO Michael Novogratz projected that the cryptocurrency will return to its record highs of nearly $20,000 within the next 18 months. “Out of the rubble, bitcoin has popped back up,” Novogratz told CNN on the sidelines of the SALT Conference in Las Vegas.