Keep Out! Researchers Want To Restrict Miners To 1/8 Of Solar System 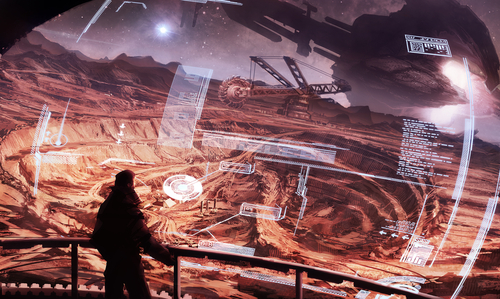 (Kitco News) - Although the concept of mining in space is still in the realm of science fiction, some researchers are already taking steps to protect the solar system from being overexploited.

In a research paper for the journal Acta Astronautica, a team of scientists make the case that 85% of the solar system should be off-limits to human development. The proposal would be to leave about one-eighth of space available for companies to mine and develop.

"If we don't think about this now, we will go ahead as we always have, and in a few hundred years we will face an extreme crisis, much worse than we have on Earth now," said Martin Elvis, a senior astrophysicist at the Smithsonian Astrophysical Observatory in Cambridge, Massachusetts, said in the paper. "Once you've exploited the solar system, there's nowhere left to go."

The research, conducted with philosopher Tony Milligan from the King's College London looked at how long it would take for the mining companies to deplete the resources in the solar system.

The researchers said that an annual growth rate of 3.5% would use up an eighth of the solar system's realistic resources in 400 years. At that point, humanity would have only 60 years to adjust their consumption levels and avoid exhausting the supply completely.

In the article, Elvis said that the Valles Marineris on Mars, the most massive canyon in the solar system, might deserve the same kind of protection similar to the Grand Canyon on Earth, and there are other wildernesses too.

"Do we want cities on the near side of the Moon that light up at night? Would that be inspiring or horrifying? And what about the rings of Saturn? They are beautiful, almost pure water ice. Is it OK to mine those so that in 100 years they are gone?" the astrophysicist said.

"If everything goes right, we could be sending our first mining missions into space within ten years," he added. "Once it starts and somebody makes an enormous profit, there will be the equivalent of a gold rush. We need to take it seriously."