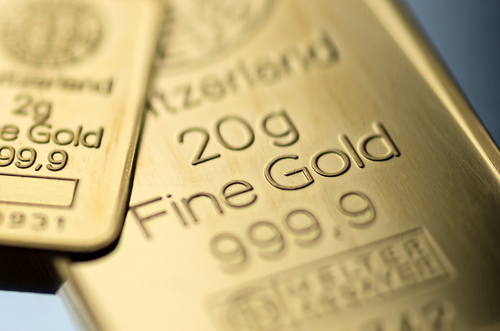 (Kitco News) - Gold investors need to be a little more patient because market conditions are not quite ripe enough to spark a long-term rally, according to one research firm.

Michael Howell, managing director at Crossborder Capital, said in a telephone interview with Kitco News that gold’s time could come in the second half of this year or early next year as the Federal Reserve is forced to loosen monetary policy to support the U.S. economy.

“What we’ve been saying to our clients is that on a 12 to 18 month view gold will be substantially higher,” he said.

However, in the near-term gold investors will have to cope with stricter monetary policy and a relatively stronger U.S. dollar. Howell said that according to his firm’s latest research both the Federal Reserve and the People’s Bank of China are actually tightening monetary policy, removing liquidity from short-term money markets.

This monetary tightening, Howell said, will continue to support the U.S. dollar in the short-term, but will ultimately prove to be unsustainable in the long-term.

“We fear that continuing these QT policies will create more financial and, possibly, economic instability,” the analysts at the firm said in a recent research report.

Howell added that the tightening in money markets, due to growing demand for safe short-term assets and reduced liquidity from central banks, while not definitively pointing to a recession are increasing “the odds of a meaningful slowdown in the global economy.”

Because of growing economic uncertainty, Howell said that he expects the U.S. central bank to ease interest rates sooner rather than later. His views are in line with current market expectations, which are pricing in a more than 70% chance of a rate cut by the end of the year.

Although some economists have noted that the U.S. economy is holding up fairly well, Howell said that economic problems will become more acute as geopolitical uncertainty is added to the mix ahead of next year’s 2020 U.S. presidential elections.

Not only will easing monetary policy help drive gold prices higher by the end of the year, but Howell said that as the global economy slows, there will be a run into safe-haven assets like U.S. Treasuries. He explained that with negative bond yields in Europe and Asia, American Treasuries continue to offer attractive value for foreign investors.

Howell said that his firm thinks it’s only a matter of time before U.S. bond yields fall to 0%.

“Gold may go down further before it goes up, but ultimately, I think it looks good in this scenario,” he said.