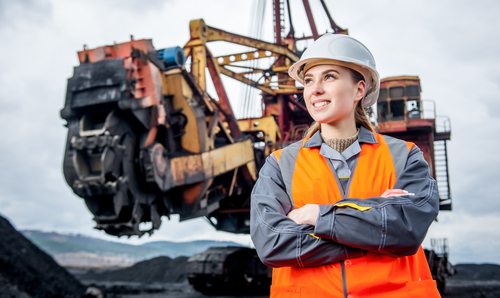 (Kitco News) - Women in the mining sector have a power ally in their corner as Cynthia Carroll, former chief executive officer of Anglo American Plc, says the sector needs to do more to support gender diversity.

In a recent interview with Bloomberg, Carroll said that mining companies should require executives to promote and recruit women.

Carroll was Anglo America’s first female CEO and ran the major gold producer from 2007 to 2013.

“It’s a very, very conservative industry and it needs to change,” said Carroll in the interview. “They have got to be casting their net more broadly, and they’ve got to be looking at women.”

Diversity is a growing issue within the mining sector and was a major topic during the CIM 2019 Conference in Montreal at the start of the month.

According to research from Mining Human Resource Council (MiHR), women make up only about 18% of the Canadian mining workforce, well below the national average of around 46%. The research also notes that many of the women in the mining sector work in supporting roles and not actively mining.

At the board level, the mining sector is the worst for gender diversity with only 5% of women sitting on boards of the top 500 mining companies in Canada.

The research comes as the Canadian mining sector faces a labor crisis, as older workers retire with not enough young workers coming in to replace them. MiHR said that the sector will need to hire nearly 100,000 workers within the next 10 years.

MiHR said that women and other minorities, including new immigrants and First Nations people, represent a clear opportunity for the mining sector to fill a potential labor void.