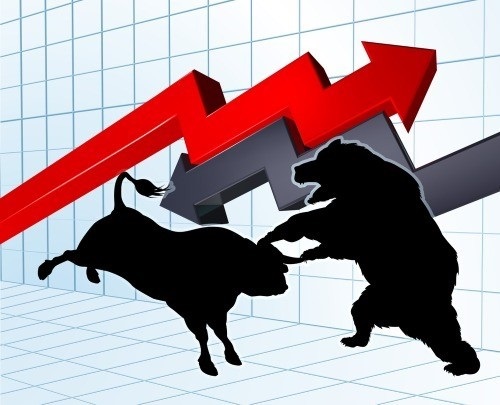 (Kitco News) - For some investors the weekend can’t come fast enough, as the gold market has given up all its earlier gains and is preparing to end the week near a two week low.

What started out as a positive week for gold, as investors piled into safe-haven assets due to an across-the-board 2% drop in equities, has ended in shambles with gold prices looking to end the week down nearly 1% since last Friday. June gold futures last traded at 1275.90 an ounce.

According to some analysts, the renewed bearish sentiment for the precious metal could push prices to a new low for the year in the near-term.

“Gold inability to break above $1,300 is an indication that the market is really fragile and I think investors should expect to see lower prices in the near-term,” said Fawad Razaqzada, technical analyst at City Index. “I think you have to continue to play gold to the downside as long as prices are unable to hold sustainable gains above $1,300. On the weekly chart I don’t see any reason to be bullish on gold anytime soon.”

Razaqzada said that he is keeping a close eye on gold’s recent low at $1,266 an ounce. He added that a break of that level could push prices to $1,256 an ounce.

“If gold prices go below that target, then where the selloff ends is anyone’s guess,” he said.

Bill Baruch, president of Blue Line futures, said gold’s disappointing performance could lead to another 1% drop in the near-term, which would push prices back to the $1,267-an-ounce level.

“You can’t ignore the fact that gold’s breakout was a failure,” he said. “If gold closes below $1,280 for the week then I think you will see gold prices much lower in the near term.”

Jasper Lawler, head of research at London Capital Group, said that one of the reasons why gold is struggling is because the U.S. dollar and the economy looks a lot better compared to other countries.

“The age-old question continues to be asked among investors: which is the preferred safe-haven asset and right now the U.S. dollar and treasuries are winning,” he said.

However, Lawler added that he is not ready to give up on gold. He noted that the yellow metal continues to perform relatively well, given the headwinds the market faces.

“If the U.S. economy starts to weaken and if the wobble we recently saw in equities is more sustained then I think gold will look a lot better to investors,” he said. “But the U.S. has to lead the weakness, it can’t come from emerging markets.”

Razaqzada agreed that if gold is going to catch a bid it needs to see weaker U.S. economic growth and more stability in emerging markets. He added that one of the reasons why gold has been unable to rally is because of weak emerging market demand as countries like India see gold prices holding near their recent record highs.”

However, some economists say that it could be only a matter of time before the U.S. economy sees material weakness as trade tensions, and increasing geopolitical uncertainty weigh on domestic demand.

Economists at IHS Markit, said that they expect to U.S. gross domestic product to weaken in the second quarter and see it falling to 2.7% this year.

“The recently announced tariff increases by the United States and China will further erode growth—a lot further if the trade war intensifies,” the analysts said. “Meanwhile, the escalation of military tensions in the Persian Gulf could push up oil prices more, which would have large negative consequences for global growth. Growing political and policy threats mean any rebound in global growth could be ephemeral.”

Don’t Give Up On Gold Just Yet

Because of massive uncertainty surging through financial markets, some analysts note that now is the not the time to give up on gold as a safe-haven asset, despite its disappointing performance.

Baruch said that although he is neutral on gold in the near-term, he would not look to short the market anytime soon. He added that he is still long-term bullish on gold.

“I said last week and I truly believe that we need to get through the June contract and gold will start to look a lot better,” he said. “I’m not in a rush to buy gold at this level but I also don’t see any reason why an investors would want to sell.”

Lukman Otunuga, research analyst at FXTM said that he remains optimist on gold as $1,268 could prove to be a solid support for the precious metal.

“While Gold bulls have clearly lost the battle this week as prices trade towards $1280, the war still rages on,” he said. “The sentiment pendulum could easily swing in favour of bulls next week, if trade tensions intensify and concerns over slowing global growth accelerate the flight to safety. With Gold still supported by core themes in the form of a cautious Federal Reserve and speculation over a potential US rate cut in 2019, the precious metal remains shielded by downside shocks.”

What Will The Fed Minutes Reveal 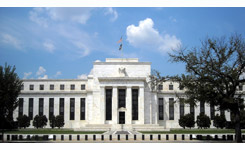 Although the U.S. central bank is clearly not looking to raise interest rates anytime soon, comments from Fed Chairman Jerome Powell have tried to reduce expectations of a rate cut this year.

His comments that the Fed sees low inflation pressures as transitory following the monetary policy meeting was seen as slightly hawkish.

Despite those comments, markets are pricing in a rough 70% chance of a rate cut by the end of the year.

According to some analysts, these expectations could prove to be negative for the gold market if they are scaled back.

“I don’t think the Fed will follow the market consensus for a rate hike,” said Lawler.

However, some analysts have said that restricted monetary policy could weigh on equity markets and ultimately push the U.S. into a recession.

In a recent interview with Kitco News, Michael Howell, managing director at Crossborder Capital, said that short-term monetary policy tightening could push gold prices to a new yearly low late in the first half of the year. However, he sees higher gold prices 12 to 18 months from now.