'Gold Has Nothing To Stand On Right Now': Watch The $1,269 Price Level - Analysts 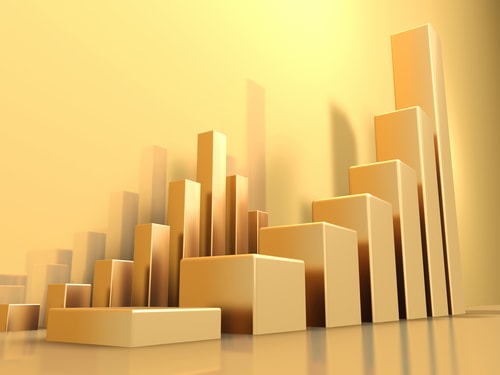 (Kitco News) - The U.S. dollar has been stealing gold’s thunder again as it took on a role of a safe-haven, with analysts warning to keep a close eye on the $1,269 level, which if broken can be a gateway to even lower prices.

The yellow metal has been struggling this week as equities rebounded, the U.S. dollar climbed higher, and geopolitical tensions seemed to favor the dollar over gold. June Comex gold futures were last trading at $1,273.60, down 0.29% on the day.

“We’ve seen a pretty strong dollar index, a resurgence in risk appetite, and we’ve had a move higher in the U.S. yields,” TD Securities head of global strategy Bart Melek told Kitco News on Tuesday. “It is not because anything is spectacularly great. There is a bit of safe-haven move into the U.S. dollar. Typically gold should benefit from that. However, at a time when you have equities recovering … there isn’t a big incentive for us to move into gold.”

The U.S.-China trade tensions also seem to be benefiting the U.S. dollar, as financial markets view the American currency as a safe place to be.

“We still got the uncertainty coming from potential trade wars with China. Ordinarily, that should be supportive of gold as a risk hedge, but in this environment of a stronger dollar, the dollar seems to be the major beneficiary,” said Mitsubishi analyst Jonathan Butler. “There is also a longer-term question of imports to the U.S. potentially decreasing and the balance of trade moving in the U.S.’ favor as a result of fewer imports from China, [which] should speak to a stronger dollar.”

The $1,269 has become key in terms of future price action when it comes to gold as it represents a significant threshold that if breached, could lead to a major sell-off.

“Gold doesn’t have anything to stand on right now,” RJO Futures senior market strategist Phillip Streible told Kitco News. “Gold still looks like it is going to weaken. It touched the $1,269.60 level. We bounced off that level three times, so we are at a critical junction point where if we break through that level on a closing basis, we could start the next wave lower.”

A move lower could be as significant as touching the $1,160 level, added Butler, while confirming that this kind of a scenario is an unlikely one.

“The level for me is the 200-day moving average, which right now is coming in around $1,258. We haven’t seen gold trade below its 200-day moving average since late last year. But, we are coming closer to that level. If that were to breach, potentially you’ve got a trading range down to $1,200 or even back down to the lows of August last year at $1,160,” he said.

“There’s very significant support near where we are. Short-term here, we have support around $1,263. And longer term, $1,258 is strong support. But, at this point, I don’t see gold breaching the $1,264. Most likely, it will challenge most recent lows from early May around $1,266 or so,” said Melek.

TD Securities viewed this week’s downward move in gold as a temporary one, explaining that the U.S. economy is likely to slow later this year, which is supportive of higher gold prices.

“We are very likely to see the Federal Reserve … talk about some risks in the FOMC minutes scheduled to come out on Wednesday,” Melek said. “As we move into 2019, chances are that the U.S. economy is going to slow down a little bit … I would expect gold to return to the $1,280s here.”