Traders Looking At Gold As Investment, Not Hedge … Here's What It Means For Prices — FX Empire 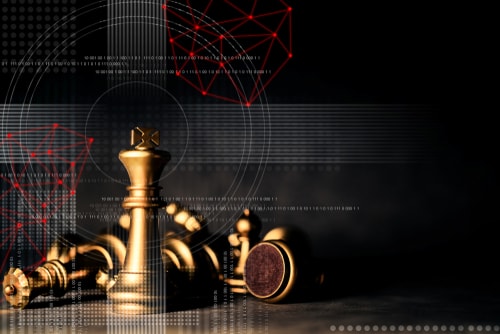 (Kitco News) - Gold has been treated as an investment and not a hedge during the U.S.-China trade spat, which could be why gold is not rallying as much as expected, according to FX Empire.

“Bullish traders are trying to build a case for a rally due to geopolitical tensions surrounding U.S.-China trade relations and potential military activity in the Middle East, but these factors haven't been much of an influence on gold prices this week,” FX Empire senior market analyst James Hyerzyk told Kitco News on Thursday.

It is all about how gold is perceived by the market, noted Hyerzyk.

“Investors haven’t been treating gold as hedge, but rather an investment. During times of geopolitical turmoil, investors have flocked to U.S. Treasurys, the U.S. Dollar and the Japanese Yen for protection,” he said.

If this trend continues for much longer, gold will have trouble sustaining any short-term gains it makes, FX Empire’s Hyerzyk pointed out.

“It’s not the headlines that will drive prices higher, but rather a combination of a weaker U.S. Dollar, lower Treasury yields and a drop in demand for risky assets. Unless all of these factors weaken at the same time, gold is going to have a hard time attracting strong buyers,” he explained.

From a technical perspective, a short-term move up has been building in gold with major support area between $1,253 and $1,272.70 successfully holding this week, added Hyerzyk.

“If investors can successfully defend this area and especially the low for the year then I can build a case for a short-term rally at this time. However, the first rally is going to be short-covering,” he said. “Gold traders will have to be willing to take out significant highs in order to create strong upside momentum and indicate real buying.”

A sign of a strong bullish move in gold would be a change in the U.S. Commodity Futures Trading Commission report, Hyerzyk highlighted.

“[The] CFTC report has to show a shift to the long side by the hedge fund and professional money managers in order to support a longer-term move,” he pointed out.