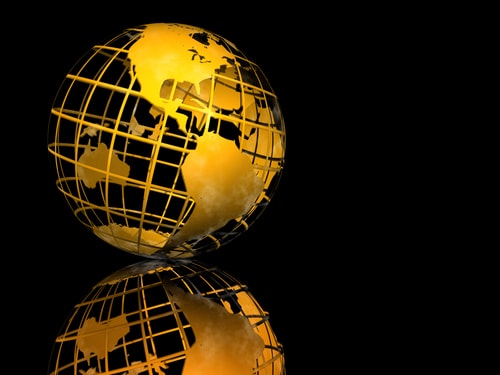 (Kitco News) - Gold’s short-term outlook is improving as the U.S. dollar is running out of reasons to keep going higher and the U.S. equities are raising doubts about their future performance, according to analysts.

Concerns around slowing global growth will be a key driver for gold in the coming weeks and months, Capital Economics senior commodities economist Ross Strachan told Kitco News on Friday.

“The central elements recently have been some of the concerns around global growth. And we’ve seen weak data out of the U.S., Europe, and China,” Strachan said.

“We had durable goods numbers down 2.1%. They key was the non-defense part, which suggested that investment on the business side might not be near as robust as people would have liked and that is indicative of a slowdown,” Melek said.

The implications of slower global growth are tremendous for gold, which is why Capital Economics is still keeping its year-end target level at $1,400 an ounce, which is more than $100 off the current trading level.

Volatility In Equities To Help Gold

“Increasingly, people in the market don’t think equities may be a one-way bet,” Melek said. “Gold is going higher.”

A big sell-off in equities is coming and gold will be a clear beneficiary, according to Strachan. “The U.S. equity market could drop back sharply from current levels as U.S. growth slows significantly within the next six months and that will provide a boost to asset allocations to gold,” he noted.

This type of economic outlook also changes the Federal Reserve’s rate projections in favor of gold.

“That essentially adds fuel to the Fed’s view that inflation isn’t high enough at a time when the U.S. economy may be slowing. Yields aren’t likely to move up any time soon too. So, on the 2-year we stay around 2.2% and on the 10-year, we are still below 2.4%. For gold, $1,290 is not a bad target for the next little while,” said Melek.

No Room For The U.S. Dollar To Go Higher

“While the perception that the U.S. remains in a far better condition than everyone else could continue supporting the Greenback, a sudden spell of bad data would threaten this sentiment, falling over like a house of cards,” Otunuga wrote on Friday. “With speculation in the air of the Fed cutting interest rates this year and persistent concerns over slowing global growth … Gold’s medium to longer-term outlook remains tilted to the upside.”

“For the all the headline ping-pong this week the broad USD actually looks set to end the week lower. That partly reflects the fact that U.S. risk assets are no longer immune to the trade skirmish, especially as some critical data releases massively underperformed expectations. These drivers probably keep FX in wait-and-see mode until the G20,” McCormick said.

Geopolitical tensions, including Brexit, EU elections this weekend, and of course the U.S.-China trade spat could also drive gold, the analysts highlighted.

With Brexit, a resolution with the EU could boost the yellow metal’s prices, according to Melek.

“If there is a settlement, like a Customs Union, which is quite benign, it could see the euro move higher a bit, which means that the DXY weakens. That would be a positive for gold,” Melek stated. “In a strange way, it is really the currency as opposed to the threat of some sort of instability that is driving gold.”

EU elections happening across Europe this week and on the weekend are unlikely to impact gold much, said Strachan. “[They are] on the radar as an interesting development. But, it is unlikely to have implications for gold. It is not going to change the key power drivers within Europe,” he said.

In terms of the U.S.-China trade dispute, it is important to keep the G20 in mind, which is scheduled for the end of June, added Strachan. “There could be twists and turns in trade negotiations. [The] G20 meeting in late June has potential to draw the two sides together,” he noted.

“Bulls’ next upside price objective is to produce a close in June futures above solid resistance at $1,300.00. Bears' next near-term downside price breakout objective is pushing prices below solid technical support at the May low of $1,267.30,” Wyckoff wrote.

“If investors can successfully defend this area and especially the low for the year then I can build a case for a short-term rally at this time,” Hyerzyk said.

Next week’s macro data includes Chinese PMI scheduled for Friday, which will be an important driver to watch, said Strachan.

“The only major macroeconomic data out next week from the metals’ perspective is the Chinese PMI on Friday,” he explained. “[It] is likely to be softer than the markets are anticipating. It might be a concern for industrial metals, but could provide a boost to gold prices.”

It will be a shortened week in the U.S. due to the Memorial Day weekend, but traders will still get their hands on the House Price Index on Tuesday, Pending Homes Sales on Thursday, and PCE Prices Index on Friday.