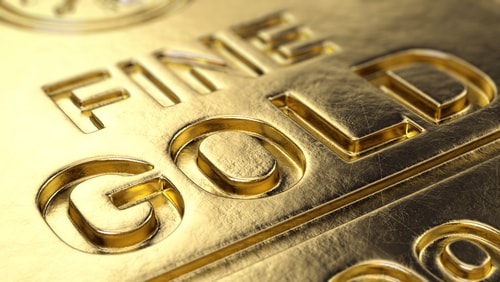 (Kitco News) - “Buying the dips” will define gold’s latest trading pattern as the precious metal heads towards $1,300 in the near-term, guided by a dovish Federal Reserve and an aversion to risk amid U.S.-China trade tensions, according to TD Securities.

“Gold is set to improve and trend toward $1,300/oz. Lower rates, a flat curve and a growing likelihood of rising equity market vol are all factors helping gold … suggesting buying the dips may well be the order of the day in the precious space,” TD Securities strategists wrote in a note on Monday.

The precious metals sector is finally starting to benefit from some renewed risk aversion amid escalating tensions between the U.S. and China, TD Securities pointed out.

Another core element lending gold a hand is a more dovish perception of the Federal Reserve, TD Securities noted, adding that the U.S. central bank could cut rates sooner than expected.

“The risk from a slower global economy will drive the Fed to cut sooner rather than later, keeping the global yield curve flat and interest rates low,” TD Securities explained. “The FOMC minutes suggested rates will be on hold even if the economy improves, which has seen the USD strength abate, while rates continue to price a cut as the curve moves back into inversion, helping gold recover off the lows.”

“Continued dovishness from central banks and potential growth concerns amid renewed trade tensions should prompt money managers to grow their allocations to the yellow metal as data begins to deteriorate,” TD’s strategists wrote.