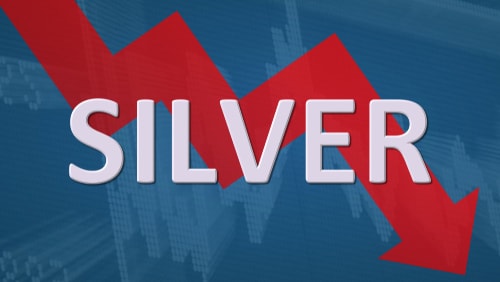 (Kitco News) - Unfortunately for silver bulls, there is no good news in sight for the precious metal, according to Orchid Research that believes silver will continue to underperform gold due to weaker safe-haven appeal.

“At this juncture, we are not interested in asserting upside exposure to silver because we think that it will continue to underperform gold in the coming months due to its weaker safe-haven characters,” the research firm said in a Seeking Alpha post last week.

Silver has been in “a clear downtrend” since February and that is unlikely to change in the coming months, said Orchid Research.

On top of that, there is a high risk of speculative positioning in silver turning even more bearish and leading to another sell-off.

Also, future demand is uncertain at the moment, Orchid Research pointed out, noting that increased silver coin sales in April could be just a temporary reversal.

In the meantime, the research firm advises traders to be patient with silver, highlighting that it is the best approach to the precious metal at the moment.