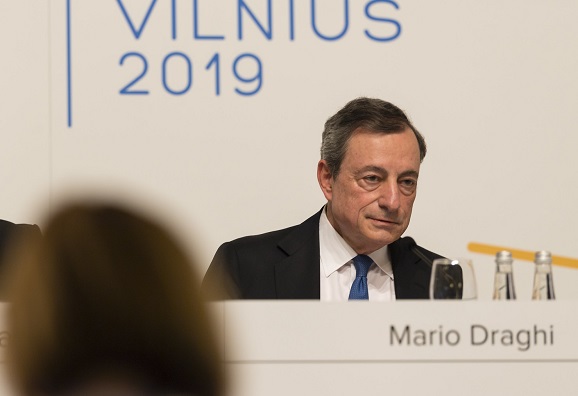 (Kitco News) - The gold market is holding steady near session highs as the U.S. dollar drops against the euro, after the European Central Bank capped expectations for looser monetary policy.

The European Central Bank pushed its guidance forward by seven months, saying that it will hold rates at current levels through the first half of 2020. Previously, the ECB said that it expected to hold interest unchanged until the end of the year.

However, ECB President Mario Draghi, during his monthly press conference, did not shed any light on the potential of cutting interest rates or restarting its asset-purchase program. He said that discussions on these topics among committee members have just started.

“The economy is still not that bad,” he said. “There is still confidence among the committee for the base line.”

Inflation is expected to remain muted with the ECB seeing price pressures rising 1.3% this year, up slightly from the previous forecast of 1.2%. For 2019, the central bank sees inflation rising to 1.4%, down from the previous estimate of 1.6%. Expectations for 2021 were unchanged at 1.6%. 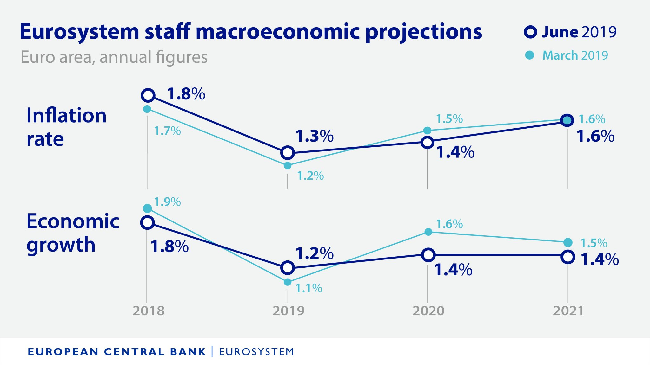 However, Draghi also tempered any optimistic sentiment on the economy, saying that risks and uncertainty continue to grow.

“The risks surrounding the euro area growth outlook remain tilted to the downside, on account of the prolonged presence of uncertainties, related to geopolitical factors, the rising threat of protectionism and vulnerabilities in emerging markets,” he said in his opening statement.

Draghi’s comments have had a sharp impact on the greenback, with the dollar index falling 0.5% during his press conference. While the index has bounced off its lows it still remains under pressure, last trading at 97 points, down 0.3% on the day.