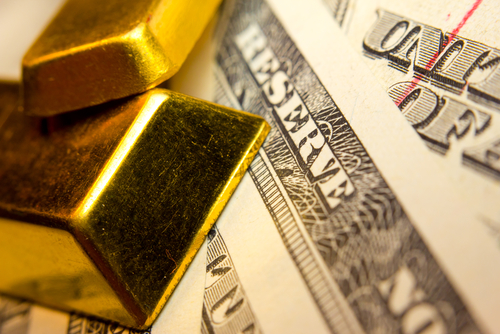 (Kitco News) - Another billionaire investor is sounding the alarm for the U.S. and global economies and is looking at gold as the safe-haven play.

In an interview with Bloomberg News, Paul Tudor Jones, fund manager and create of Tudor Investment Corp., said that his favorite trade in the next 12 to 24 months is gold. He added that if the price can break through $1,400 it will push to $1,700 an ounce "rather quickly."

“[Gold] has everything going for it,” he said.

During the interview Jones said that the global economy, which has been built on global trade, is on the verge of breaking down as global trade tensions continue to escalate. He said that President Donald Trump’s recent threat of further tariffs on $300 billion of imported Chinese goods could be the “material event,” that could push the U.S. economy into a recession.

“We’ve had 75 years of expanding globalization and trade… and now all of a sudden it’s stopped,” he said. “That would make one think that it’s possible we go into a recession; it would make one think that rates in the United States go back down to the zero bound level; gold in that situation is going to scream. [Gold] will be the antidote for people with equity portfolios.”

Jones’ comments come as gold prices hold on to recent gains and is seeing its best weekly performance in a year. August gold futures last traded at $1,337.30 an ounce, up 0.45% on the day. Gold prices have pushed higher as markets have aggressively priced in interest rate cuts from the Federal Reserve.

According to the CME FedWatch Tool, markets see a more than 80% chance of a rate cut by July. Markets are pricing in at least three rate cuts by the end of the year.

Jones comments also follow recent bullish sentiment from other billionaires. Last month, Thomas Kaplan, chairman and chief investment officer of Electrum Group, said in an interview with David Rubenstein on Bloomberg Television that he could see gold prices rally as high as $3,000 to $5,000 within a decade.

“You could easily see gold prices $100 lower before it catches a wave and rallies a few thousand dollars,” he said.

Earlier in May David Einhorn, founder of Greenlight Capital, also reiterated his positive sentiment for gold in a conversation with Kitco News during the Sohn Investment Conference.

“I hold gold, and I am never going to get rid of it. I hope that I never have to use it,” he said.

Jeffrey Gundlach, founder of DoubleLine Capital, also expressed a long-term affinity for the yellow metal during the conference. “I love gold. I have owned gold since it was trading at $300,” he said.