Buy Crypto as Technicals Hint Dip Is Over, Fundstrat Says

(Bloomberg) -- Most cryptocurrencies are poised for fresh gains and investors should buy, according to technical analysis from Fundstrat Global Advisors.

Relative-strength-index momentum has begun to turn upward from neutral, which is consistent with strong trending markets, Fundstrat technical strategist Rob Sluymer wrote in a note. He said he had been recommending that investors remain patient following the big surge in May, but that now there's early evidence of renewed potential for gains.

"Another upside attempt appears to be developing for most cryptocurrencies. Increase exposure," Sluymer wrote. "We expect Bitcoin to stage another rally from current levels toward next resistance between $8,800-$9,000." 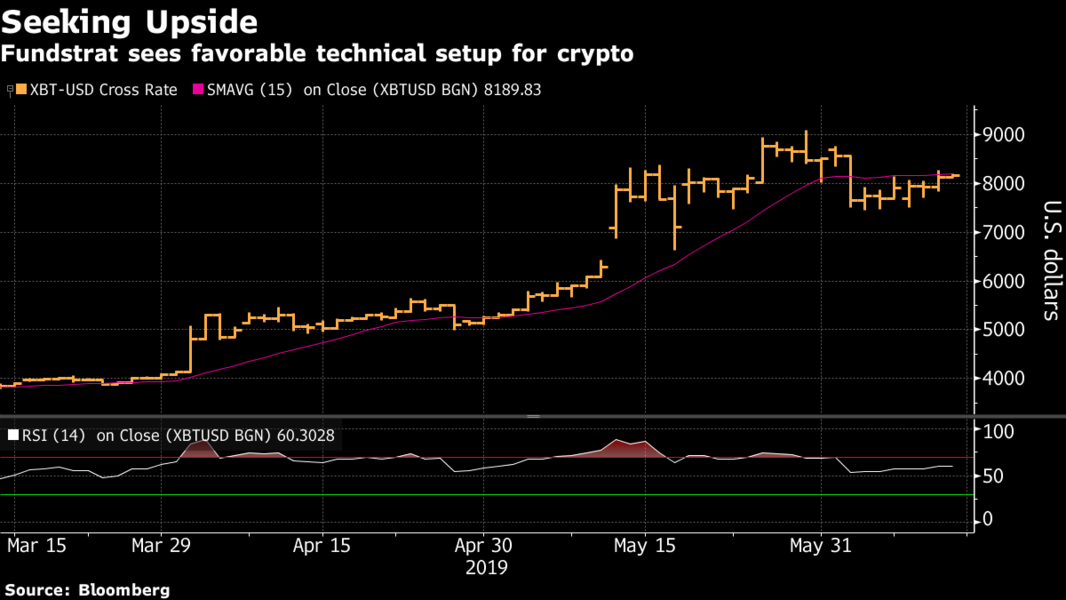 Fundstrat, the firm co-founded by Bitcoin bull Tom Lee, also pointed to "impressive" recent strength in Litecoin, noting that it has been leading the larger cryptocurrencies higher since December.

Litecoin "just rallied through resistance near 121 and is approaching next resistance at 145," Sluymer wrote. "Continue to use near-term pullbacks to accumulate."

To contact the reporter on this story: Joanna Ossinger in Singapore at jossinger@bloomberg.net

To contact the editors responsible for this story: Christopher Anstey at canstey@bloomberg.net, Andreea Papuc, Dave Liedtka