(Kitco News) - Gran Colombia Gold Corp.’s (TSX: GCM) year-to-date output is higher than it was during the same period in 2018, and the company’s chief executive said the producer could be setting itself up to top 2019 production guidance. 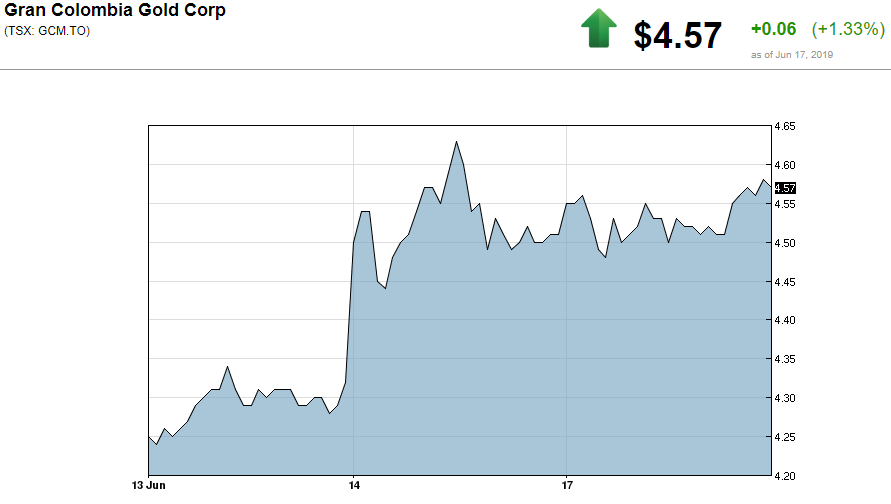 “We have gotten off to a stronger start in 2019 than in other years, setting us up to potentially exceed production guidance for the year,” said Lombardo Paredes, chief executive officer. “We will continue to monitor our operating performance and reassess our guidance when we report our mid-year production results.”

Gran Colombia is a Canadian-based mid-tier gold producer with its primary focus in Colombia, where it is currently the largest underground gold and silver producer with several mines at its Segovia and Marmato operations.