(Kitco News) - Traders and analysts are looking for gold to top $1,400 an ounce this year now that the Federal Open Market Committee has indicated that a U.S. interest-rate cut could come as early as next month. 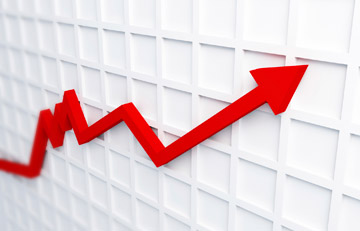 “This is a prime time to be long in gold and silver,” said Daniel Pavilonis, senior commodities broker with RJO Futures.

The metal hit its highest level in more than half a decade overnight after the Fed sounded a more dovish note than expected on Wednesday. The FOMC left interest rates unchanged, as expected. In the past, policymakers pledged a “patient” approach on interest rates. Now, however, they have cited “uncertainties” about the economic outlook and said they “will act as appropriate to sustain the expansion.” The policy action was approved by eight members, with the only vote in opposition coming from James Bullard, who wanted to lower the Federal funds rate right away.

The boost came from a “substantially” weaker U.S. dollar, which came under pressure on the Fed news, said Bernard Dahdah, Natixis precious-metals analyst.

For Comex August gold futures, chart resistance had been around $1,361.50, the high from February. As the market poked through this and approached $1,370, sell stops were triggered, said Kevin Grady, president of Phoenix Futures and Options LLC. These are preplaced orders activated when certain chart points are hit.

Right now, Grady said, the market is trying to figure out its footing and whether it should be this high. Failed chart resistance becomes support, so market participants will be watching to see what happens on any pullback to the $1,361.50 area, Grady continued. In fact, he noted, there is an axiom that sometimes the best way to gauge the strength of the market is to see how well it holds up on a selloff.

“I wouldn’t be surprised to test support…,” he said. “I do think we will hold around this level the first time. The market does look strong.”

Rallies that are simply short covering – when traders buy to exit short, or bearish, positions -- tend not to last, he said. However, Grady said, in this instance, there appear to be fresh longs in the market.

“I do think the floor for gold is higher than it was,” Grady said.

“We expect the Fed will cut rates three times this year,” he said. “That will be supportive for gold prices.”

“While CTAs [Commodity Trading Advisers] have held onto their gold longs, the recent rally that has pushed gold to trade north of $1,366/oz resistance has likely been driven by discretionary traders, who hold a noteworthy amount of dry powder,” TDS said. “Further, portfolios remain under-allocated to gold relative to historical comparisons for this point in the cycle, suggesting that this rally will have staying power. We would not be surprised to see the yellow metal making new highs north of $1,400/oz.”

Grady commented that if chart support holds, next key upside area will be up around $1,425 an ounce. However, for the market to achieve this, the Fed would have to deliver 50 basis points of rate cuts that traders are currently expecting, he added.

Pavilonis commented that gold has now broken above a five-year trendline.

With the market focused on the Fed and monetary policy, some participants may be overlooking another news event that that is potentially supportive, Grady said. Iran shot down a U.S. military drone, so markets will be watching for the U.S. response.

“We’ll keep an eye on that situation,” Grady said.