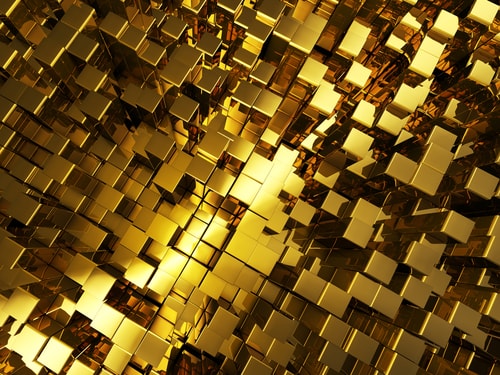 (Kitco News) - Gold’s most recent move to $1,400 an ounce could attract more buyers than the metal’s previous key $1,300 level, Scotiabank said in the latest update.

“There's an extraordinary amount of $1400 strike (vol) owners. Overall, there is a growing ‘FOMO risk’, where Gold could attract more buyers at $1400, than $1300, reaffirming the belief of some well-known investors that if $1400 breaks, $1700 (somewhat of a stretch) will happen ‘very quickly’,” Scotiabank commodity strategist Nicky Shiels said in a note on Thursday.

Gold has been “quietly” outperforming most G-10 currencies since the trade war began, noted Shiels, describing the latest rally as “standalone gold breakout” that excludes the metal’s usual direct correlation with the U.S. dollar. 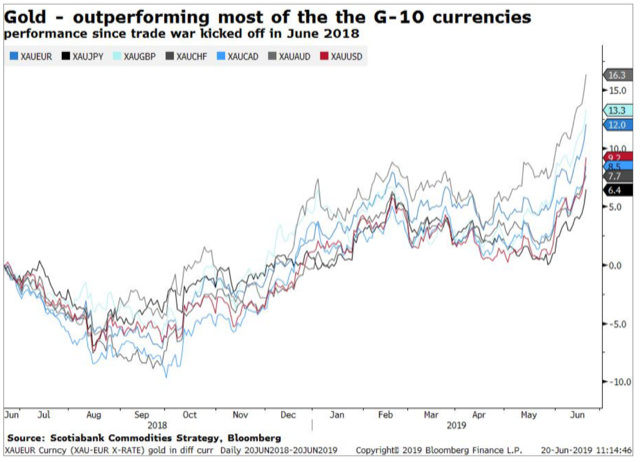 Gold’s new catalyst turned out to be the shift in the Fed’s language as the central bank removed the word “patient” from its statement when referring to future policy moves.

“While I’d argue that they didn't meet (lofty) dovish expectations, the markets are not trading that way, with greenshoots hinting that this was the signal gold was looking for – the confirmation by the Fed of a rate regime shift (from net hikes in 2016-2018, to a sustainable pause in 1H’19, to net cuts from 2H’19 onwards),” the strategist said.

Gold’s next steps will be determined by short-term technical moves, Shiels pointed out while highlighting key levels gold reached in other currencies, including the all-time high in Australian dollars.