Russia Bought Another 200K Ounces Of Gold Right Before The Rally 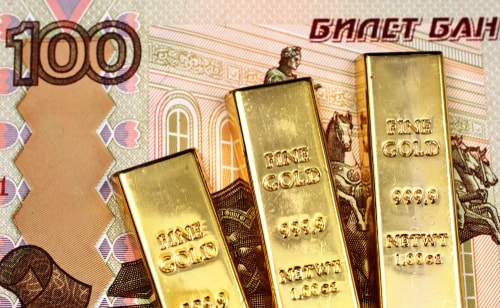 (Kitco News) - Russia continues to add gold to its reserves, buying another 200,000 ounces or 6 tonnes of gold in May, according to the country’s central bank.

This put the total of Russia’s total gold holdings at 2,190 tonnes as of June 1, up by 0.3% from May, Russian central bank said in the latest press release.

The latest purchase was made right before the latest gold rally shook the markets and the yellow metal surged to six-year highs and breaching the $1,400 an ounce level last week.

Moscow has been actively buying up gold this year, adding more than 77 tonnes since the beginning of 2019, with around 40% of that bought in February.

Some analysts suggested that the reason behind this increased interest in the yellow metal has been a trend to diversify away from the U.S. dollar.

“I think what Russia is doing, or other central banks are recognizing, is that they need to increase their gold reserves because of the impending dollar crisis,” Euro Pacific Capital CEO Peter Schiff told RT last month.