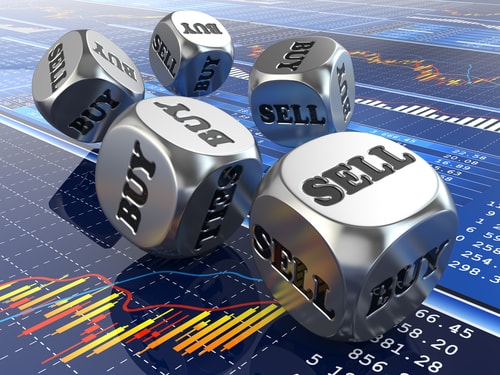 (Kitco News) - Gold’s massive rally is being driven by the markets’ changing perception of economic and geopolitical risks, RBC Capital Markets commodity strategist Chris Louney told Kitco News while warning that a rally of that size does not come without its vulnerabilities.

“The risks have been in the market for quite a while. The market’s attitude towards them has changed — the Fed, trade worries and geopolitical concerns are all part of it,” Louney said on Tuesday. “All of these things mounted together ignited this shift in sentiment. We’ve seen that sort of rally in Comex gold, increases in ETFs. The question is how much further we are going to go and how much is priced in already.”

Gold prices surged to six-year highs last week, stirring up new demand for the safe-haven metal. At the time of writing, August Comex gold was trading steady at $1,420.90, up 0.16% on the day.

The rally was triggered when the Federal Reserve opened a door to future rate cuts while keeping rates unchanged last week.

“The market got what it expected and wanted — the Fed dropping ‘patient’ from its language and the dot plot shifting. Now, the market expects these rate cuts,” Louney stated.

In terms of what’s next for gold, Louney said there is room for the metal to move higher in the short-term, but projected a drop back down below the $1,400 an ounce level in Q3 and Q4.

“We haven’t revised our forecast. We still have $1,359 on average for Q3, low $1,300s for Q4, and $1,367 on average for 2020,” he said. “There is upside risk to our price forecast. But, when we think about the extent of the rally that we’ve already seen, it comes back to what sort of vulnerabilities there are … We could also see a pullback or consolidation. A lot of what happened in the rally so far has already been priced in.”

RBC Capital Markets has been calling for higher gold prices for months, stating that the yellow metal merited higher price levels based on existing risks. The rally did eventually come but was much steeper than the majority had expected.

“If we go back to May, or April, when we were calling for prices to average higher than $1,350 in Q2, it seemed pretty aggressive as we were in the $1,200s,” Louney pointed out. “Between falling interest rates and mounting geopolitical concerns, the risk is definitely skewed to the upside versus our price forecast.”

With the market looking at risks more seriously, it is important to keep a close eye on the Fed’s policy, equity markets, and the U.S. dollar.

“With the Fed changing the language, the market’s perception of what’s happening filtered through into gold. Whereas before, we were all talking about trade risks, geopolitical risks, and rallies in other asset classes. Now, there is some positioning actually happening on the back of the market’s focus on those risks,” Louney added.