(Bloomberg) -- A strike at a major copper mine in the world's largest producer of the metal risks wiping out 10,000 metric tons from a market that's already expected to end the year in deficit, according to an industry consultant.

The stoppage at the Chuquicamata mine in northern Chile could cost No. 1 global supplier Codelco $50 million as it loses production if it lasts two weeks, said Juan Carlos Guajardo, executive director at Santiago-based consultancy Plusmining. The strike at the mine, which produced 321,000 tons of copper last year, entered its 12th day on Tuesday with no signs of agreement between the company and unions.

"Codelco has been quite clear that they are offering the best possible terms for workers," Guajardo said in a telephone interview Monday. "And workers say the only way to end this conflict is not higher bonuses, but equal conditions between existing and new workers."

Copper futures rose in New York Tuesday as supply risks mount at Chile's state-owned Codelco. The disruption at Chuquicamata, the company's third-largest mine, has helped lift the outlook for prices at a time when supply is already tight, with the International Copper Study Group forecasting a deficit of 189,000 tons by the end of this year.

BMO Capital Markets was expecting 3% of global production in the copper market would be disrupted in 2019, when it calculated its supply and demand outlook for the year, according to analyst Colin Hamilton. The Chuquicamata strike adds to production losses earlier in the year, including rains in northern Chile and stoppages at several smelters in Zambia, shaving about 5% of output so far this year.

"While we have expectations of a prolonged period of trade friction, copper will struggle to get in the good books of macro asset allocators," Hamilton said. "But the deficit the copper market has been waiting on for years is now here." 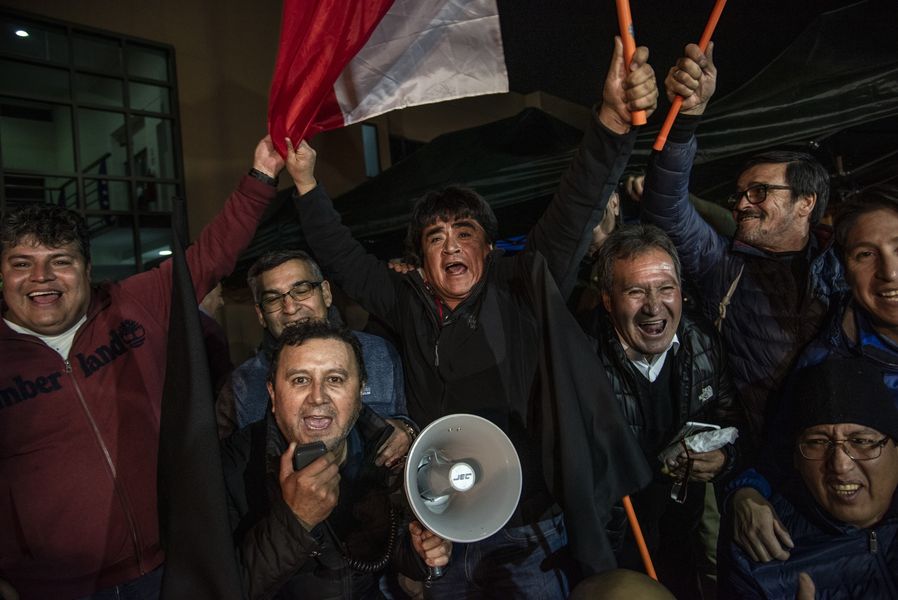 No talks are scheduled between Codelco and Chuquicamata's Unions 1, 2 and 3, which represent around 3,200 workers at the mine, Liliana Ugarte, president at Union No. 2, said Tuesday by telephone. Chuquicamata workers blocked the road that leads to the company's northern division, and to Freeport-McMoRan Inc.'s El Abra mine for a few hours on Tuesday for the second consecutive day in a protest that delayed workers from reporting to the facility.

A Codelco official declined to comment on the state of negotiations or the effects of the protests on Monday. While El Abra operations are running normally, Freeport is monitoring the situation, a company official said by email Monday.

On Saturday, 55% of workers voted to reject the company's latest offer and continue the strike. Under Chilean labor rules, Codelco can make a new offer on June 28, or workers can abandon the strike individually from June 29, automatically accepting a previous offer from the company.

One central issue in the negotiations is the retirement plans of about 1,700 workers whose jobs will be cut once the mine transitions from open pit to underground operations in the next 12 months. Younger workers -- who joined the company after the last commodities downturn with lower salaries and fewer benefits -- also want the same package of benefits as experienced workers.

"When the older workers leave as part of the retirement plan, it will be the young guys with precarious jobs who will replace them," Rolando Milla, president at Union No. 3, said by phone. "The strike ends with equal conditions for all workers, that's it."

--With assistance from Danielle Bochove.

To contact the reporter on this story: Laura Millan Lombrana in Santiago at lmillan4@bloomberg.net

To contact the editors responsible for this story: Luzi Ann Javier at ljavier@bloomberg.net, Steven Frank