(Bloomberg) -- The Winklevoss twins have seen their wealth more than double since January, thanks to the frenzied rally of Bitcoin, which surged as much as 22% Wednesday.

Tyler and Cameron Winklevoss's combined net worth -- consisting mainly of Bitcoin and crypto assets -- climbed to $1.45 billion, the highest since March of 2018, according to the Bloomberg Billionaires Index. Their combined fortune was $654 million at the beginning of the year. 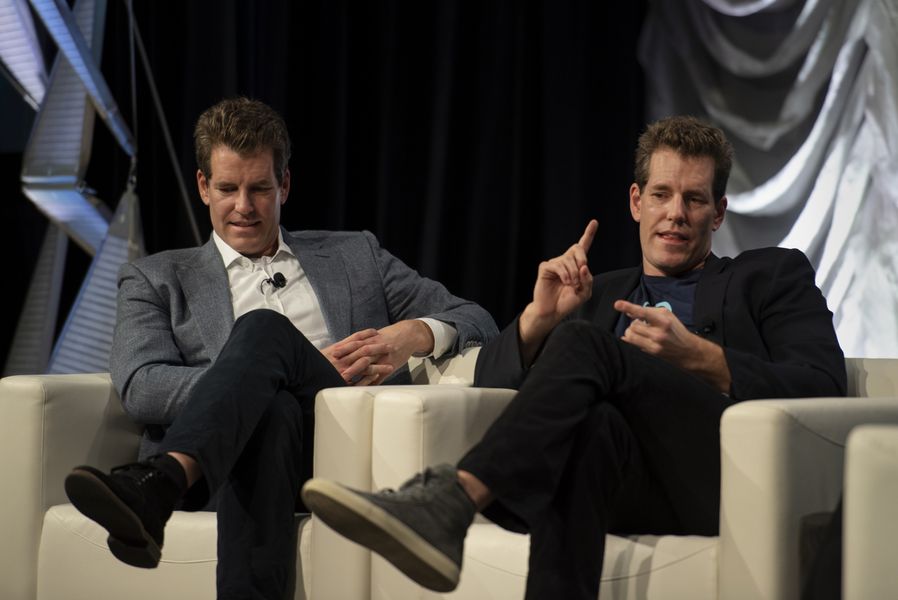 Bitcoin surpassed $13,000 Wednesday for the first time since January of last year after Facebook Inc. announced last week it planned to issue its own cryptocurrency in conjunction with partners including Uber Technologies Inc. and Visa Inc. Bitcoin has more than tripled since December, pro

Read more: Facebook Wants Its Cryptocurrency to Rival the Greenback

"The confidence is certainly returning," Qiao Wang, director of product at crypto data startup Messari, said in an email. "The difference between now and the last time Bitcoin reached $13,000 is that the market is currently far more rational."

The 37-year-old twins, known for their portrayal in the 2010 movie "The Social Network," were among early investors in Bitcoin. In March, when it was trading below $4,000, they said that better oversight and compliance will help Bitcoin's price recover.

While the 2017 bull run was driven predominantly by hype and retail investment, there's no obvious reason for the current rally, which is more "tame and rational," said Larry Cermak, director of research at the Block.

"There's no evidence that it's coming from one country," Cermak said, referring to the theory that Iran is driving the surge. "If I were to make an educated guess, the rally was started by larger investors and sustained by some retail investors."

The price surge also may be a reaction to broader macroeconomic events, such as the devaluation of the yuan, which could be incentivizing Chinese buyers to acquire the currency to protect their wealth, Wang said. The Federal Reserve's plan to pursue expansionary monetary policies may also be a factor, he said.

"Bitcoin is digital gold and a hedge against inflationary economic crises," Wang said. "If investors believe in this thesis, they should slowly accumulate Bitcoin and hold it for years to come. They should not go all-in or trade frequently."

Read more: Bitcoin Surge Pushes Weekly Gain to 40%, and It's Only Wednesday

To contact the reporter on this story: Jasmine Teng in New York at jteng50@bloomberg.net

To contact the editors responsible for this story: Pierre Paulden at ppaulden@bloomberg.net, Steven Crabill, Peter Eichenbaum