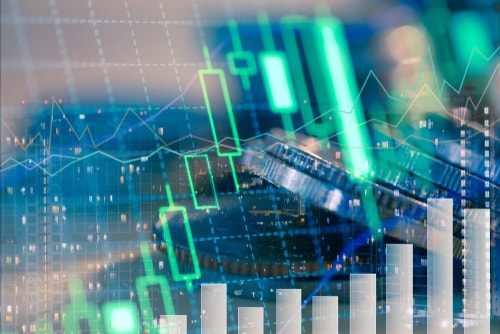 (Kitco News) - Gold continued to see strong gains as Asian markets opened on Wednesday with the metal gaining more than 1% on the day and trading above the $1,430 an ounce level on increased demand and risk-off sentiment.

“The safe-haven metal is seeing renewed demand from traders and investors as their overall risk appetite is less robust than that which was seen on Monday. Bargain buyers also stepped in to buy the recent corrective dip in an uptrend. A drop in the U.S. dollar index today also helped out the precious metals market bulls,” Wyckoff wrote.

From the geopolitical point of view, U.S.-China trade talks as well as the potential trade conflict with what EU have been weighing on the markets, added Wyckoff.

“The marketplace is not quite so upbeat on the prospects of a final agreement [between the U.S. and China] any time soon. There is speculation now that a deal won’t get done ahead of the 2020 U.S. presidential election. Furthermore, there was some downbeat U.S. manufacturing data released Monday and the Trump administration is again threatening the European Union with trade tariffs,” he said.

Analysts have high expectations for gold during the second half of the year, with Bloomberg Intelligence highlighting higher prices as the theme for Q3 and Q4.

Gold is being driven largely by the assumption of peak U.S. dollar and expectations of the Federal Reserve rate cuts.