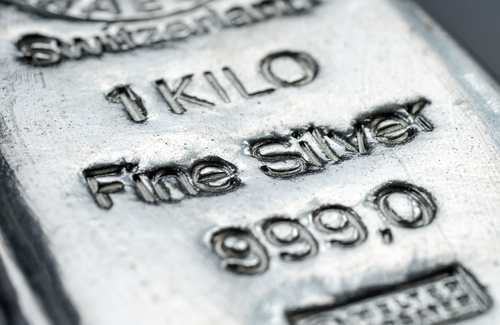 (Kitco News) -Investors shouldn’t give up on silver even as it continues to disappoint within the precious metals space, according to one market analyst.

In a telephone interview with Kitco News, Andrew Hecht, creator of the Hecht Commodity Report, said that he remains optimistic about silver as gold market holds onto solid gains after pushing back through the psychologically important $1,400 level. August gold futures last traded at $1,410 an ounce up 1.50% on the day.

Silver, on the other hand, continues to struggle after hitting a 3-month high last month. September silver futures last traded at $15.260 an ounce, up 0.42% on the day. 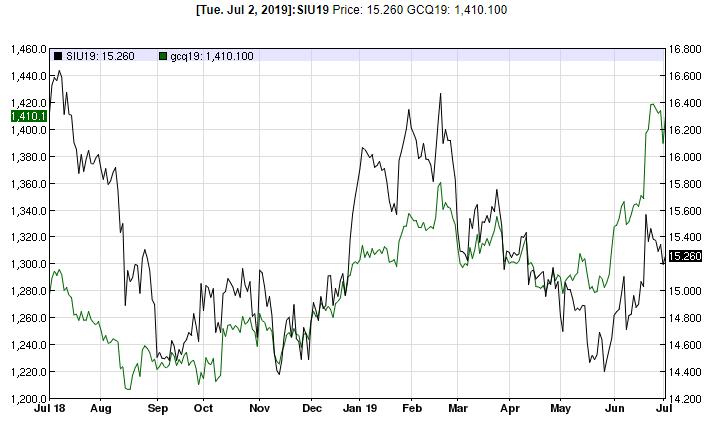 In the near-term Hecht said that the silver market still has room to disappoint investors. He noted that the gold-silver ratio continues to trade at multi-decade highs above 92 and there is still room for the ratio to go higher.

“We saw the ratio trade above 100:1 in 1991,” he said. “There is still room for silver to underperform but I think it it’s only a matter of time be for investor sentiment shifts.”

Hecht said that gold’s rally will eventually ignite a rally in silver.

“At some point people are going to wake up to the value proposition in silver,” he said. “Investment demand in silver is driven by sentiment and that will come back with people least expect it.”

Although Hecht said there are a lot of reasons to like silver, he feels that the metal needs to push above $16.20 an ounce before it looks technically good.

Looking at gold prices, Hecht said that he has like the recent price action. He added that he is encouraged that the precious metal didn’t even test major support Monday’s sell-off before investors jumped back into the market.

“Gold is telling us that there is inflation and [it’s] making a statement on the weak currencies around the world,” he said. “Gold back above $1,400 is telling us that silver is not going back below $15, so I would be a buyer here.”

Some analysts have been bearish on silver as they expect weak global growth to weigh on silver’s industrial uses, which accounts for roughly 50% of the metals demand. However, Hecht said that when investment demand picks up, it could easily outweigh any bearish factors.