By the Numbers: Congo's Deadly Struggle With Illegal Mining

(Bloomberg) -- A deadly landslide and troop deployments at two giant mines in the Democratic Republic of Congo highlight how authorities are struggling to cope with citizens’ efforts to share in the country’s immense mineral wealth.

The events at Glencore Plc and China Molybdenum Co.’s operations are the latest examples of long-running tensions that exist in the copper- and cobalt-rich Katanga region between the sprawling, foreign-owned industrial mines and locals who extract the minerals using rudimentary hand tools.

Producers say the trespassers are endangering both themselves and mine employees, while diggers and their families claim they have mined the land for years and should have a right to access at least parts of the vast tracts controlled by international companies.

Here are five key figures that show the extent of the problem:

200,000
People estimated to be involved in artisanal mining in Katanga

Digging and trading minerals—although arduous and frequently dangerous—is often the most attractive way to make a living in one of the world’s poorest countries. Of course, not every person with a pickaxe is an illegal miner—many work in licensed cooperatives on authorized sites.

While exact figures are unavailable, far more people are employed in so-called artisanal mining in Katanga than fully mechanized sites, according to Andrew Britton, managing director of consultant Kumi Consulting. The 200,000 figure is from trading house Trafigura Group. Ltd.

2,000
Trespassers per day at the Glencore-controlled Kamoto concession

While special zones exist for artisanal miners, the allure of rich deposits on foreign-owned concessions draws thousands of sometimes-violent intruders onto the enormous permits. Diggers also say that they are deterred from moving to authorized areas because some local cooperatives there are controlled by the families of local politicians rather than the miners themselves.

The longstanding issue of illegal mining jumped back into the spotlight when at least 43 people died last week in a landslide after breaking into an area of the giant Kamoto mine, owned by Glencore Plc unit Katanga Mining Ltd.

Congo recently sent troops to clear out thousands of diggers at China Molybdenum Co.’s Tenke Fungurume mine, and an army chief said this week the president has ordered a similar action at Kamoto. Amnesty International and other local rights groups oppose the operations and say the deployments will exacerbate the situation.

The giant concessions are not only near impossible to secure, they’re also too huge to mine all at once. TFM is especially large. That’s led some locals to argue that international companies should allow artisanal miners onto areas of the sites that aren’t being worked on.

“Why can’t they leave a part to the diggers? Diggers don’t need to work everywhere”, said Jacques Kaumbu Mukumbi, director-general of a mining cooperative in the village of Kawama. 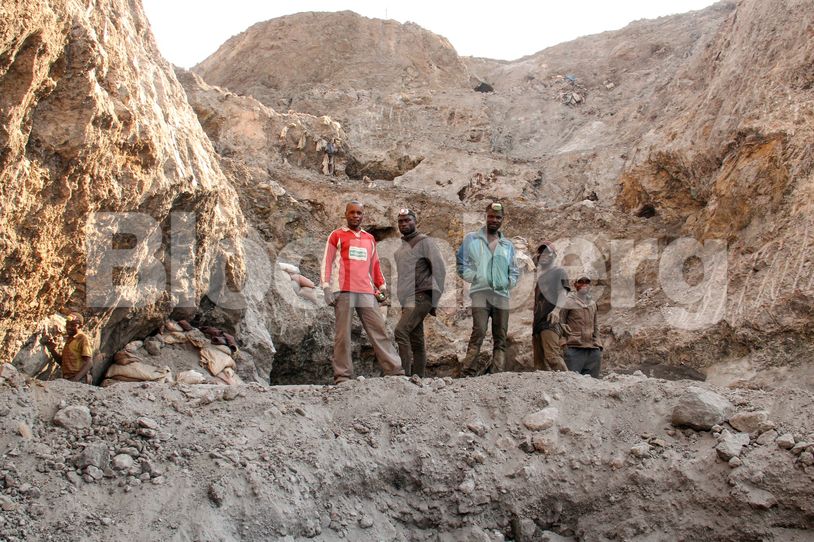 Many of those being expelled don’t even view themselves as “illegal” miners. There’s a sense that, “as Congolese, they have the right to dig,” said Emmanuel Umpula, director of Afrewatch, a Kolwezi-based human rights group. “They think a company cannot take large areas, mine a small part of it and employ a tiny section of Congolese.”

Yet the country is under pressure to improve its image as a metal supplier, after research exposing child labor and lethal working conditions on uncontrolled sites prompted some buyers to try to avoid Congolese cobalt altogether and the London Metal Exchange to require cobalt and tin producers to carry out reviews of their supply chains.

Lualaba, the Katangan province with the richest deposits, is seeking to formalize the artisanal sector. Governor Richard Muyej spearheaded a project on the outskirts of Kolwezi, the provincial capital, where a unit of Zhejiang Huayou Cobalt Co. was awarded a purchasing monopoly in exchange for paying to resettle hundreds of people, seal off the perimeter and excavate the site to make mining safer for the two cooperatives that operate there.

Muyej plans to roll out the model to at least 10 other sites, but so far progress has been slow.

In another example of formalizing artisanal operations, closely held Chemaf Sarl has allocated a controlled area at its Mutoshi project to a local cooperative that sells all its cobalt ore to the company. Chemaf is partnering on the project with Trafigura, which buys its refined material. Still, the site assigned to the cooperative could be depleted by the end of this year and it’s unclear whether the project will be extended or replicated.

To contact the author of this story:
William Clowes in Johannesburg at wclowes@bloomberg.net

To contact the editor responsible for this story:
Liezel Hill at lhill30@bloomberg.net
Nicholas Larkin