Could Gold's Rally Point To A Real Deflation Threat? 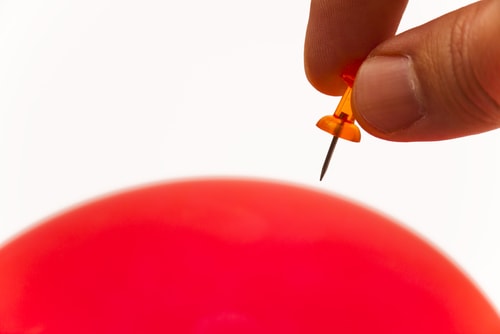 (Kitco News) - Can a rush into gold be a precursor to more negative-yielding debt worldwide? Wells Fargo asks this question in the latest note to clients as the bank views gold as overvalued at above the $1,400 an ounce level.

A sudden surge in gold, which is viewed as a hedge against risk and inflation, could mean that investors are worried about the build-up of negative-yielding debt, said Wells Fargo head of Real Asset Strategy John LaForge.

“The amount of negative-yielding debt globally is on the rise. In turn, investors have bought gold and other alternative currencies—as hedges against potential deflation,” LaForge wrote.

The precious metal received a big boost from global trade tensions, which have slowed global growth and had a negative impact on global bond yields.

“In response, global bond yields have dropped, as market participants believe that central banks will need to stimulate growth. As an example, the 10-year U.S. Treasury yield has dropped from 3.2% in November 2018, to about 2.0% today,” LaForge said. "Yet, the most dramatic examples of falling yields are outside of the U.S. As an example, the 10-year German bond yield is now -0.30%. Yes, this is negative-yielding debt. Investors now pay for the pleasure of investing in 10-year German government debt.” 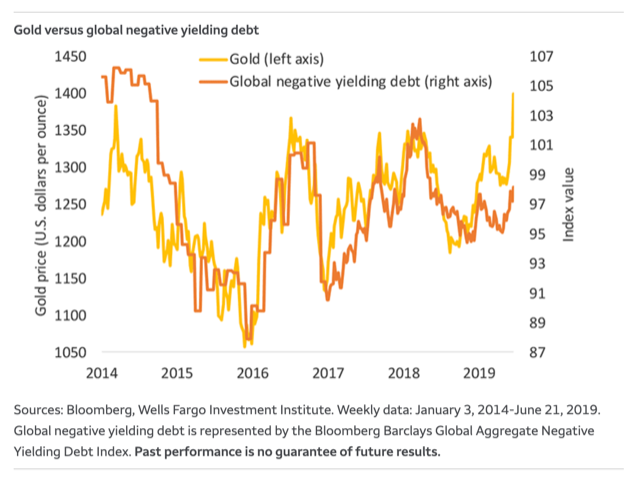 This rise in gold demand could mean either that the yellow metal is already overvalued at these levels or that the markets will see more negative-yielding debt building in the world, according to the note.