Gold Prices Could Gain Another 5% In Q3 - FXTM 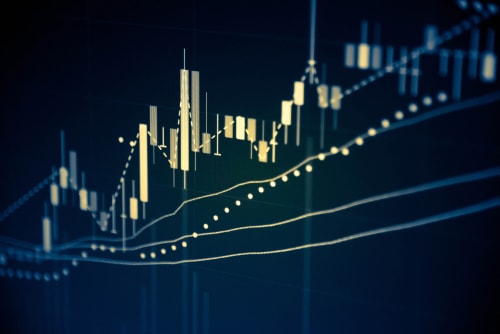 (Kitco News) - After a strong rally, gold can still see solid gains in Q3 with lower interest rates creating the perfect environment for the metal to prosper, FXTM said in the latest report.

“In a low-interest rate environment filled with chronic uncertainty, gold can climb another 5% over the course of Q3 - claiming the title as one of the high flyers among safe-haven assets, in competition with the Yen,” wrote FXTM research analyst Lukman Otunuga.

If major central banks proceed with easing in the second half of the year, gold will remain robust amid a global economic slowdown, noted Otunuga.

“Weak macro data, which reflects downward revisions in global growth over the past 12 months, is prompting a handful of central banks including the European Central Bank (ECB), Federal Reserve (Fed) and Reserve Bank of Australia (RBA) to signal a willingness to ease monetary policy and increase economic stimulus to support growth,” he said.

Gold might even have upside potential to challenge the $1,500 an ounce level if the $1,360 support level holds, the report added. 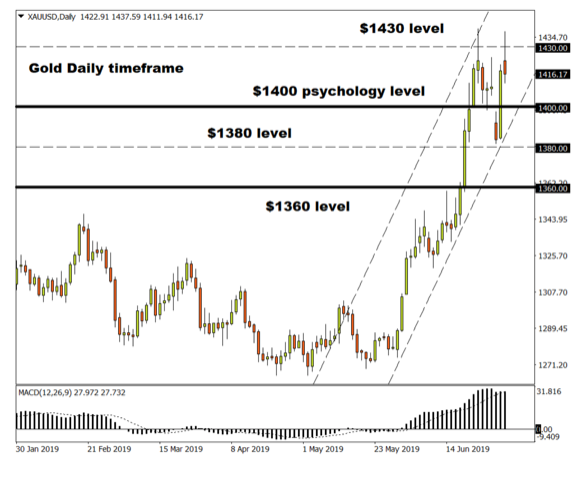 Decelerating global growth will be a major boost for gold throughout the year with the World Bank’s downgraded 2.6% growth estimate weighing on the markets.

“If the recent disappointing PMI releases across the manufacturing sectors in Europe, China and the United States are anything to go by, global growth is moving towards the lower bound of 2% as the decade draws to a close,” the research analyst explained.

But nothing is a done deal, with FXTM warning that there are potential risks to their optimistic gold forecast, including easing trade tensions, recovery in global growth, and the Federal Reserve not cutting rates.

“A decline back below $1,360 will most likely swing open the doors towards $1324 and $1300, respectively. This bullish setup becomes invalidated if prices find comfort below $1,300,” Otunuga wrote. Will the U.S. central bank confirm market expectations and cut interest rates as early as July? If it fails to do so, Gold risks rapidly surrendering its second-quarter surge.”

Gold rebounds as bulls step in to buy the dip