(Bloomberg) -- As little as six months ago, Bitcoin was moribund, with prices languishing at a fifth of their record high, disappointing a mass of cryptocurrency enthusiasts who had grown use to extreme -- and often upwards -- moves in the virtual currency.

But this week’s Asia Blockchain Summit in Taipei highlighted how volatility is back, reviving the excitement around crypto trading.

“Bitcoin is fun, but it’s a hell of a lot more fun at 100 times leverage,” said Arthur Hayes, the founder and chief executive officer of the exchange BitMEX. “That’s what people want to see in crypto, they want that high volatility,” he said. “At the end of the day, we’re all in the entertainment business of traders.” 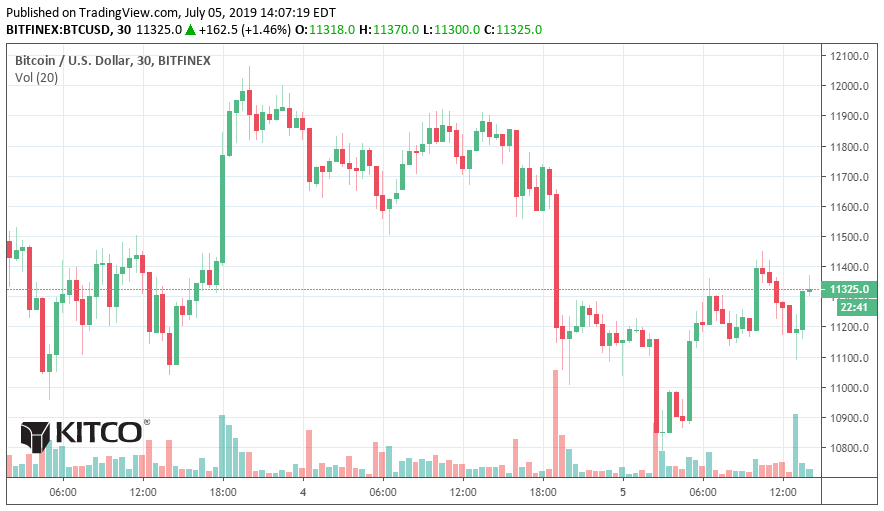 The Taipei conference was the second annual iteration of an Asia forum that brings investors together with start-ups, financial services providers, academics and others to engage on the blockchain technology that powers digital coins.

A person in a Bitcoin costume wanders through the Asia Blockchain Summit in Taipei on July 3. Photographer: Joanna Ossinger/Bloomberg

“We’re surfing a wave here that’s very linked to the price of Bitcoin and probably has taken a couple months to filter through,” said attendee Vincent Alibert of ZVChain, a business-to-business blockchain project, in an interview. “We don’t see any more of these revolutionary ICO pitches,” he said, referring to initial coin offerings, which have generally lost favor after many tokens lost more than 90% of their value.

A Bitcoin – or rather, someone dressed as one – wandered around the venue. The chairs in the conference hall had covers from crypto.com: “Get 8% p.a. on your Crypto,” they declared. Much of the conference was spent on Facebook Inc.’s plans to launch the new Libra cryptocurrency, which proponents say will spark more mainstream interest in virtual currencies.

“It’ll definitely bring more people into the space,” said Charlie Lee, the creator of Litecoin, speaking on a panel.

Tron, which bills itself as the largest decentralized ecosystem in the world, displayed a giant poster near the registration area about CEO Justin Sun winning the annual charity lunch with Berkshire Hathaway’s Warren Buffett. The successful bid of $4,567,888 featured prominently.

Read more about Sun’s winning bid for the lunch.

Despite the buzz, there were some skeptics present. One of Bitcoin’s most prominent detractors, New York University Professor Nouriel Roubini, spoke at the conference to reiterate his argument that “there’s massive, massive amounts of price manipulation” in cryptocurrencies. He cited a lack of security and scalability, along with concentration of crypto ownership among his concerns with the industry.

Read about Roubini’s debate with Hayes at the conference.

BitMEX’s Hayes countered that “people love to speculate, we’re trying to give them an opportunity to do it in a safe manner.”

To contact the reporter on this story:
Joanna Ossinger in New York at jossinger@bloomberg.net

To contact the editors responsible for this story:
Christopher Anstey at canstey@bloomberg.net
Tracy Alloway